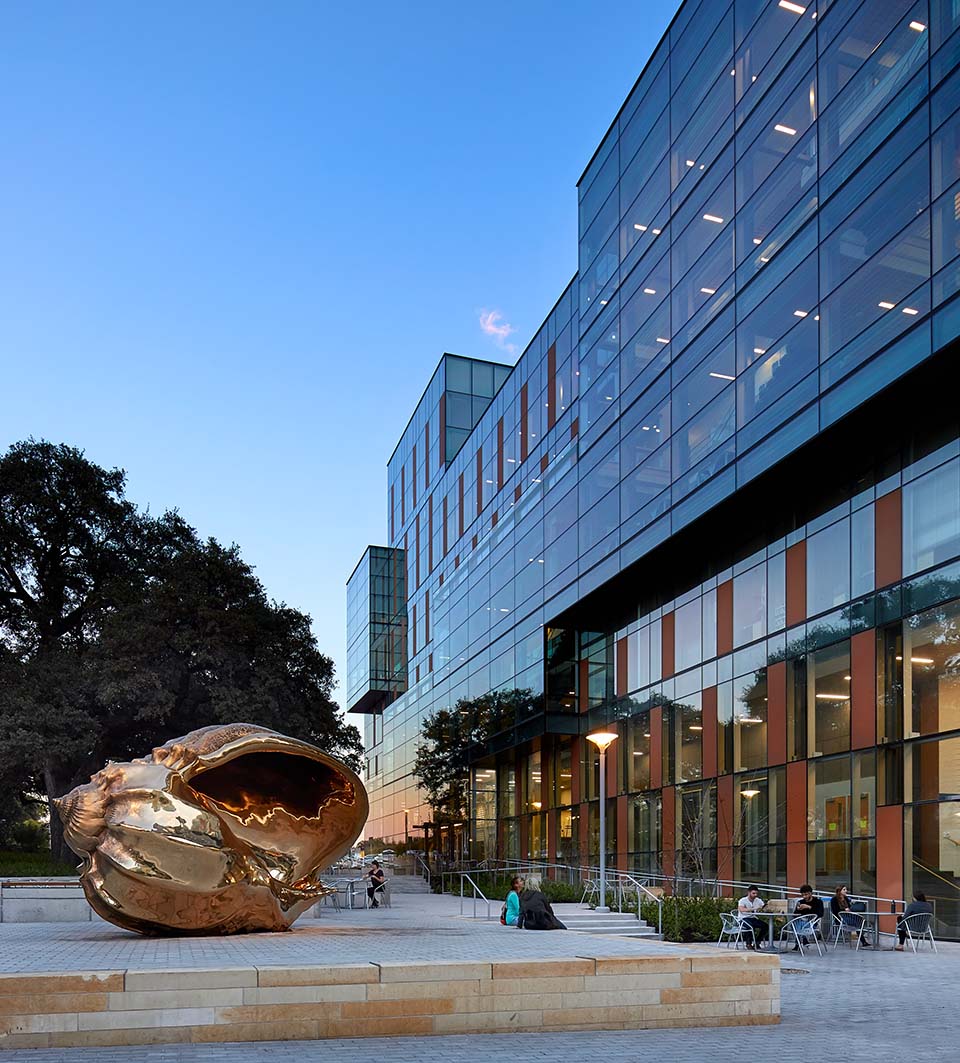 Founded by two brothers in a small downtown office in 1898, Page has shaped buildings and urban spaces of Austin for most of the city’s history. Today, it is a global multidisciplinary architecture, engineering, and design firm with more than 650 employees across the country and abroad.

Still located downtown and still shaping the Austin landscape, the firm has designed buildings on more than 27 blocks in the central business district alone. It promises design that makes lives better and prides itself on its role in the growth and success of its hometown. 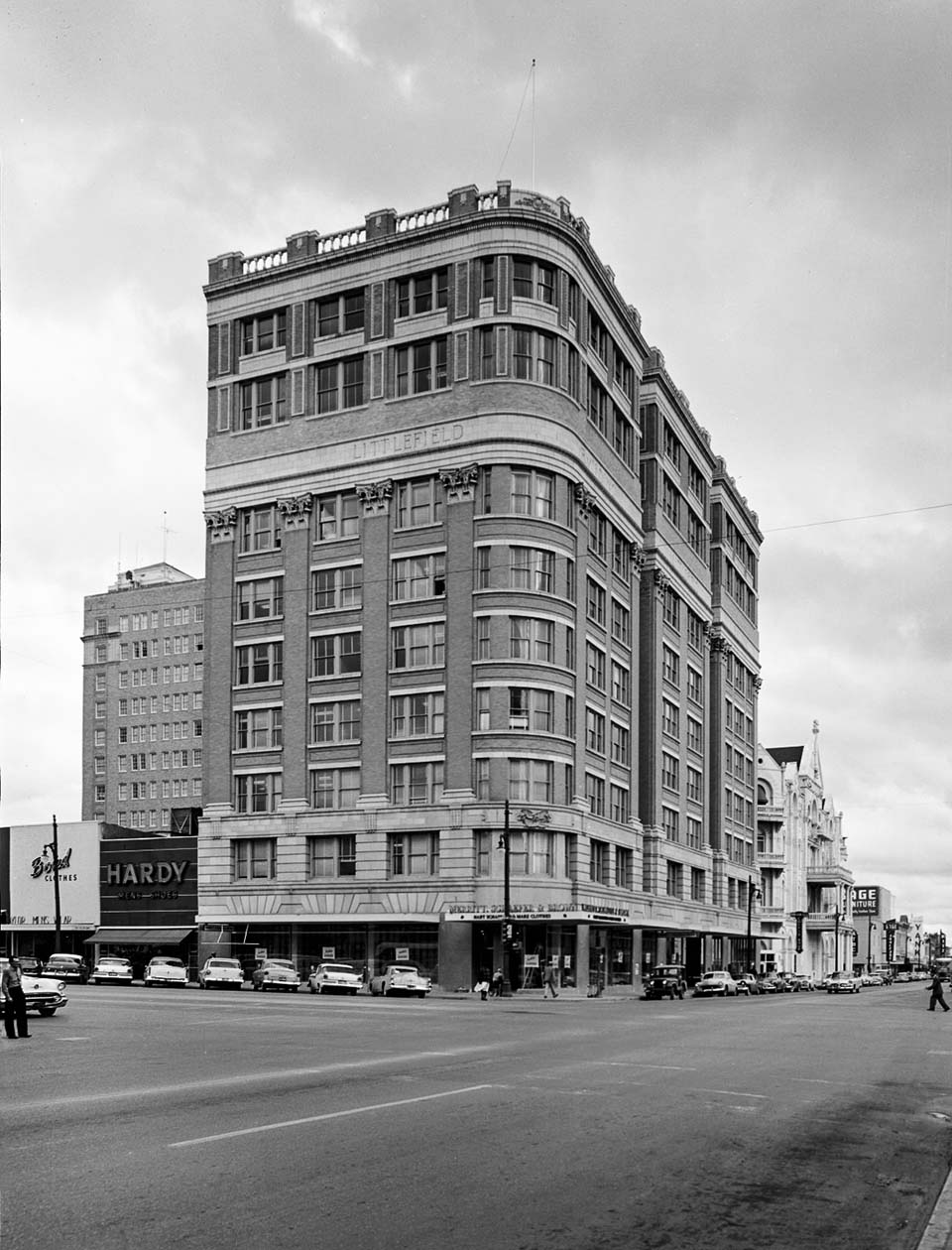 The legacy of Page begins with Page Brothers Architects started by Charles Henry Page, Jr. and Louis Page. Significant early landmarks include the Texas Pavilion at the 1904 St. Louis World’s Fair and the Littlefield Building, which was briefly the tallest building between New Orleans and San Francisco after its completion in 1912. The firm’s early portfolio includes projects ranging from the first public schools in Texas to a number of courthouses across the state as well as commercial office buildings and single-family residences. As the city grew, the firm and its portfolio expanded, under the name Page Southerland Page, to meet the wide variety of development needs.

During the late 20th century, as Austin began to re-envision its future and its growth while still keeping it weird, the firm continued to influence and contribute to the city’s success. The firm’s completion of the Austin Convention Center and the Barbara Jordan Terminal at Austin Bergstrom International Airport were important symbols of the city. The seeds of what would become a livable, walkable downtown were planted with the Second Street District and its first buildings, including the Page offices in the Silicon Labs buildings and anchoring residential developments. 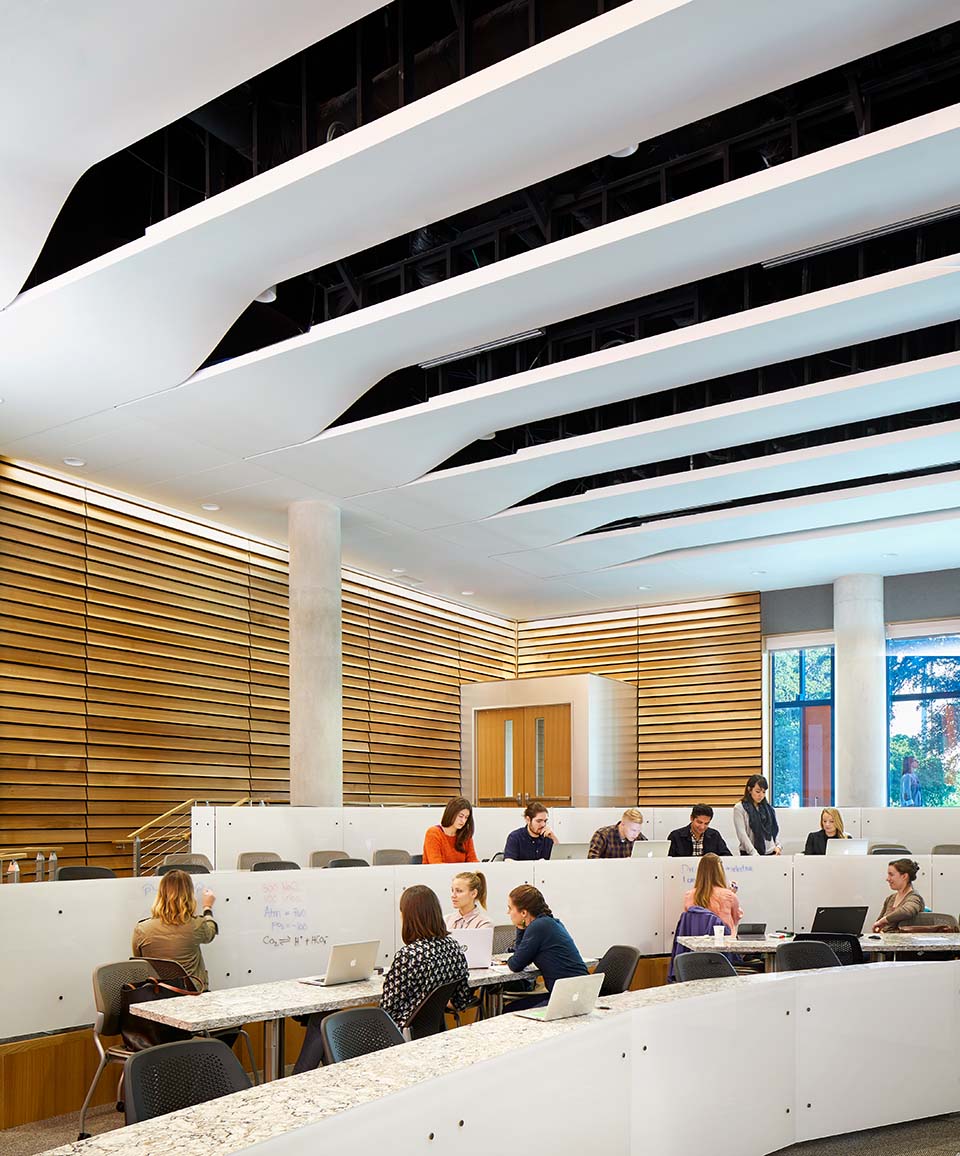 More recently, the firm shortened its name to just Page and has designed numerous mixed-use office towers and residential high-rises downtown, notably in the Rainey Street District where two Page-designed towers will be done by 2021. Further north at the Texas Capitol Complex and The University of Texas at Austin, Page is also impacting the future of the government and academia. For the Capitol Complex, the firm completed a masterplan for the 40-block district reimagining it with a new six-acre urban park.

“With a 121-year history, we have shaped Austin and it has shaped us,” states Robert Burke, Page Senior Principal. “Our work, which includes both iconic and quieter buildings throughout town, has been part of the growth and evolution of the urban core. We’re the lucky ones who get to take our clients’ ideas—be it The University of Texas, the state and municipal governments, the school district or private developers, corporations, institutions, and community organizations—and create beautiful spaces where they can realize their missions. The airport, for example, is the gateway to the city and thus reflects the values and the culture here. Likewise, the Second Street District has been fundamental to the transformation of Austin as an attractive live-work-play city with an increasing international appeal.” 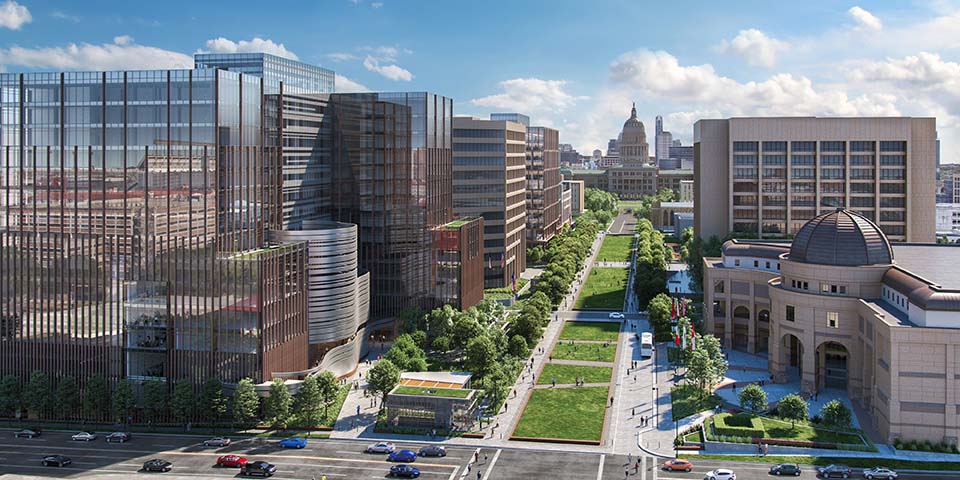 The Texas Mall, which will occupy Congress Avenue, between 15th Street and Martin Luther King Jr. Boulevard, will be a native plant-filled green space that serves as a gathering area for state employees and the larger community of Austin. State employees will also benefit from two new buildings designed by Page adding 1,000,000 new square feet of office space to the district.

For Dell Medical School at The University of Texas, Page helped design the masterplan for the 6.5 million-square-foot addition to the campus and four of its buildings, establishing the first medical school to be built from the ground up at a Tier One university in 50 years. Honored with numerous design awards, Dell Medical School supports a team-based learning approach uncommon in medical education, facilitating an integrated and community-based medical practice. It is quickly transforming how medicine is both taught and practiced. 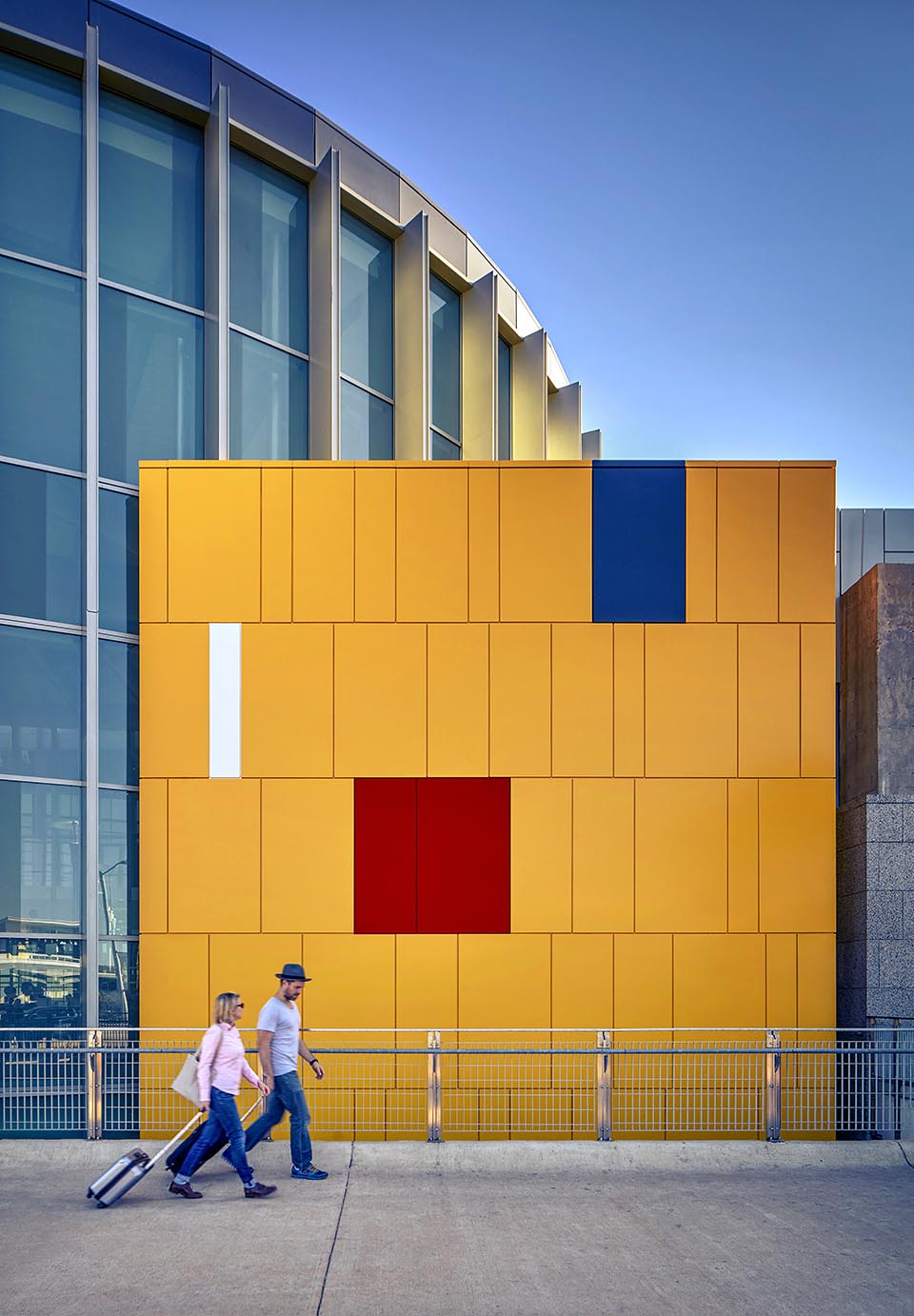 Another transformative local project designed by Page is Magnolia Montessori For All, the first public Montessori school in the Austin Independent School District. The project, which is located in an underserved community in northeast Austin, was recognized with local, regional, and national design awards. It was also honored with a community impact award. 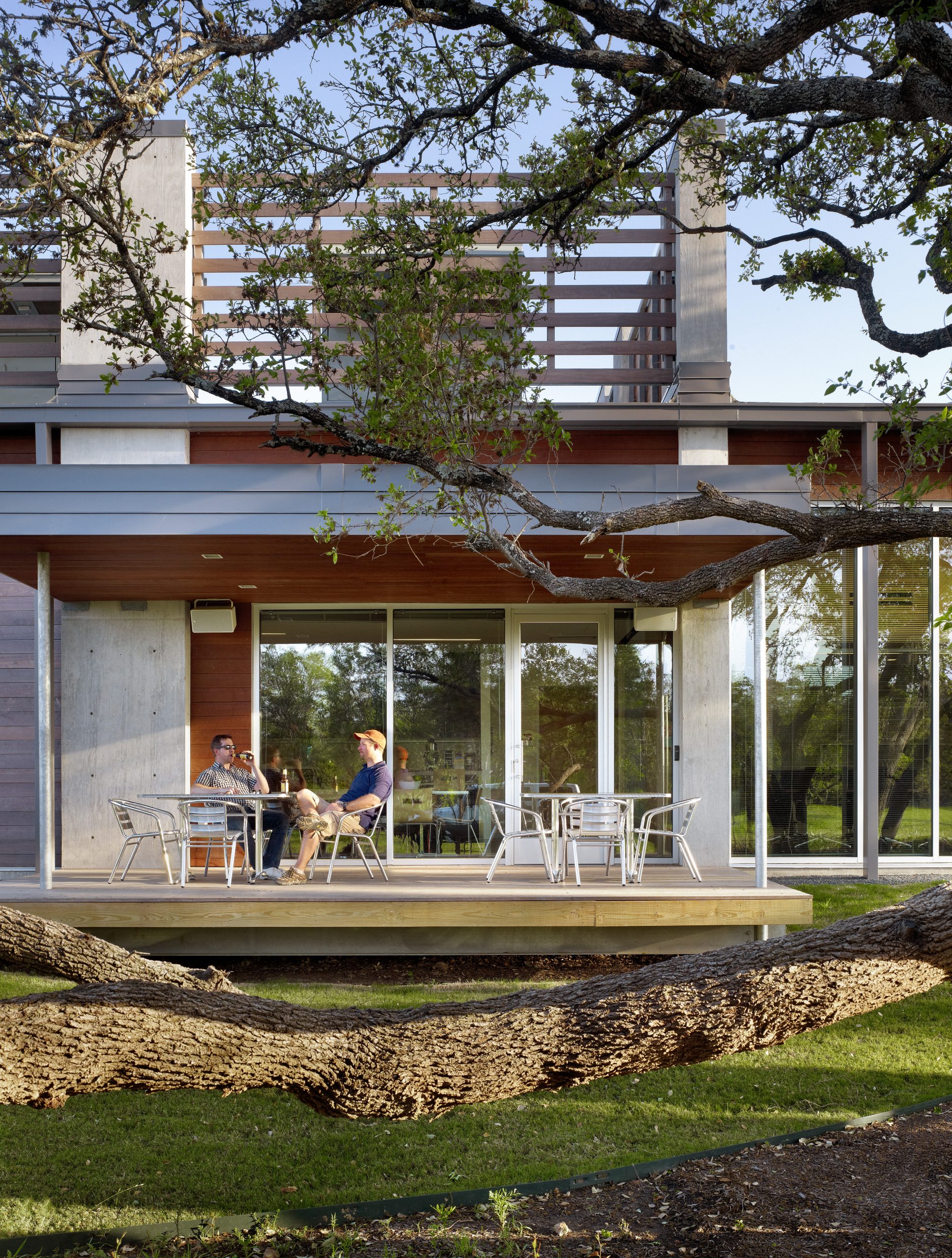 Page is uniquely positioned among American architectural firms in its ability to combine master planning, urban design, and individual building execution to produce powerful places. For several decades, the firm has sustained involvement over long periods of time in planning and building important urban districts across the country, and especially in Austin. Page integrates planning, urban design, architecture, engineering, interiors, and branding into a seamless, continuous whole.

This interdisciplinary and integrated approach to design means that architects, engineers, interior designers, strategic consultants, urban planners, urban designers, landscape architects, lab planners, graphic designers, and experiential designers are all working together. Page targets seven market sectors: academic, aviation, civic/government, corporate/commercial, healthcare, housing/hospitality, and science and technology. The company has robust teams working on all project types that fall into these sectors. The Austin office has more than 250 employees and is the largest of the nine offices in Dallas, Denver, Dubai, Houston, Mexico City, Phoenix, Washington D.C., and San Francisco. 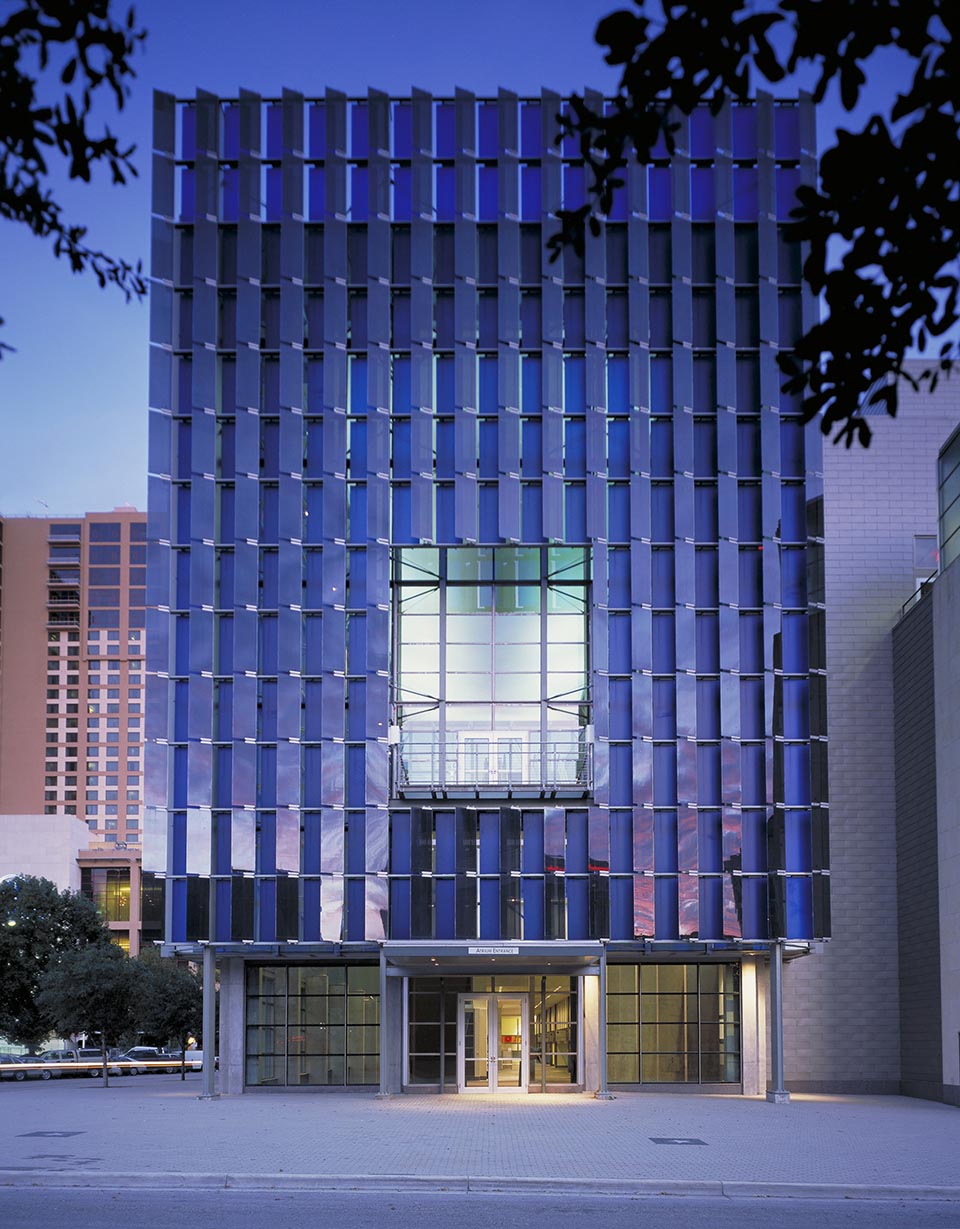 The firm ranks in the country’s top architectural and engineering design firms and has been honored with more than 400 design awards. Locally, it was recognized as AIA Austin’s Architecture Firm of the Year in 1997 and was the Texas Society of Architects Firm of the Year in 2009. Nationally, it is consistently ranked in the top architecture firms by Architect and Architectural Record magazines.
“We’re grounded in what makes Austin special,” Burke adds. “Our team knows that the work we are doing now to create the new Texas Mall at the Capitol Complex will be a green space for the city to enjoy for generations. We’re thinking about improving the future of the city every day.” 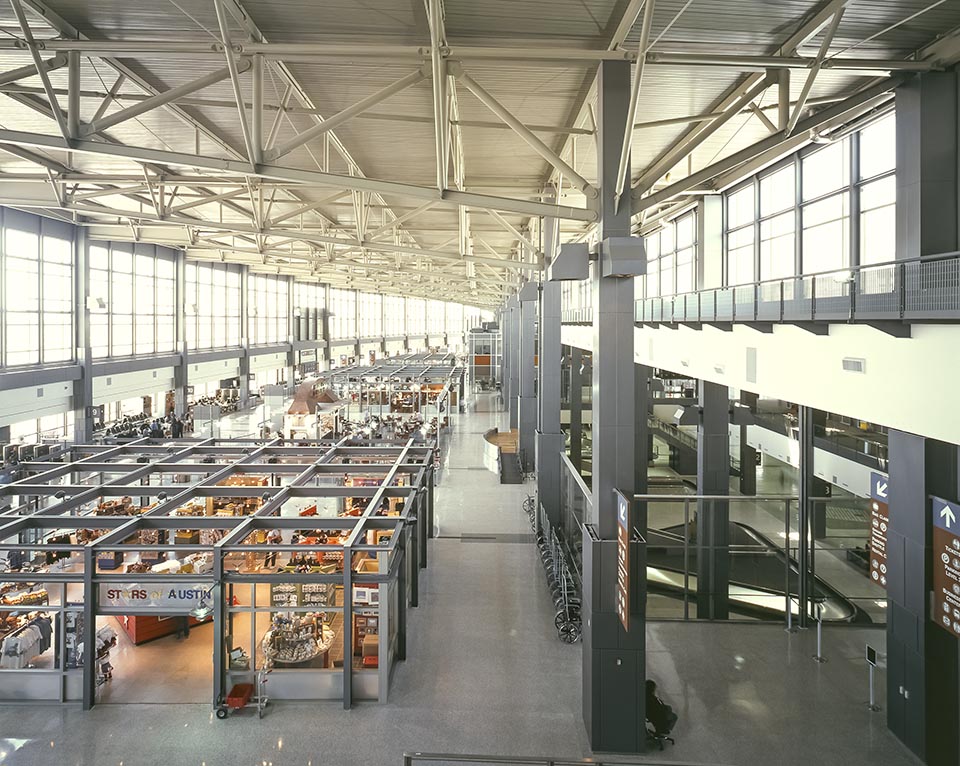 The firm is dedicated to the Austin community and volunteers numerous hours to local associations and non-profits. It continues to support the UMLAUF Sculpture Garden and Museum since designing its facility in 1991. Current collaborators include Austin Habitat for Humanity, for which Page is designing the largest mixed-use residential development to be built by the organization in the country. Page employees are very active on local boards and are leaders in organizations such as AIA Austin, Texas Society of Architects, Urban Land Institute, and Meals On Wheels, among others.

“Ultimately,” Burke notes, “it is not only our work on the buildings and urban spaces that have contributed to the success and growth of the Austin area, it is our people. We’re on not-for-profit boards. We teach at and support The University of Texas and other local academic institutions. We volunteer for associations and participate in community activities. We coach Little League. Our employees are shaping the city in their everyday and professional lives.”