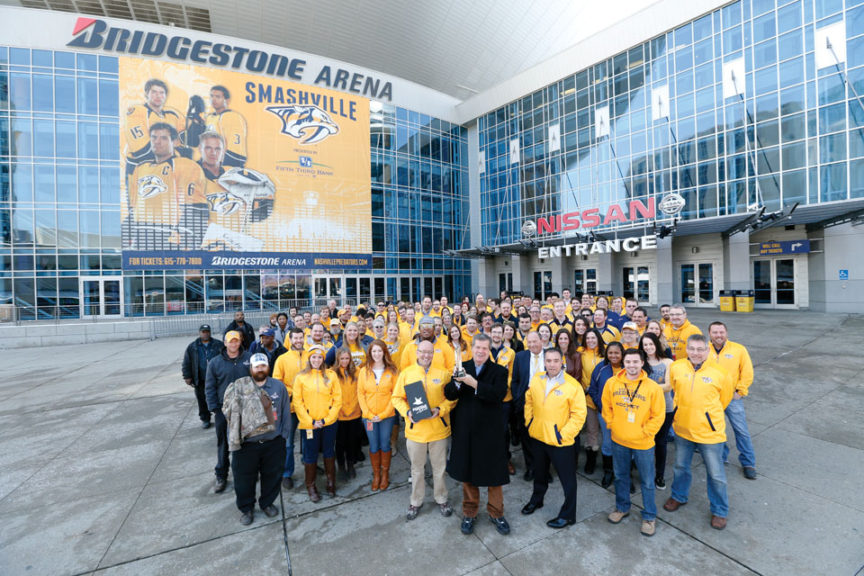 Standing in front of the Wildhorse Saloon on November 13, 1997, Craig Leipold and Jack Diller announced to the assembled crowd of inaugural season ticket holders and fans the official name of Nashville’s new hockey team – the Predators. Chosen by a vote of the city’s fans, the franchise’s logo, a saber-toothed cat, was a reference to a partial skeleton found beneath downtown Nashville in 1971.

Six months later, on May 4, 1998, the National Hockey League officially announced the Nashville Predators as the 27th franchise in league history. In October of that year, a sellout crowd of 17,298 watched the Predators host the franchise’s first NHL game against the Florida Panthers. More than 664,000 fans later filed through the turnstiles at Nashville Arena during the Predators’ first season in the Music City.

Professional hockey had arrived in Nashville.

Since its inaugural season, the Predators have grown from a young expansion franchise to a regular contender in the Stanley Cup playoffs. Along the way, the team’s ownership, management, and players have provided support to the Nashville community which supports them. The Nashville Predators Foundation was created in 1997 as a 501 (c)(3) charity organization devoted to funneling the excitement of professional sports towards the needs of the Nashville community. Since its establishment, the Nashville Predators Foundation has indeed made a significant impact on the Middle Tennessee community, raising more than $4 million in grants and donations for area charity organizations. 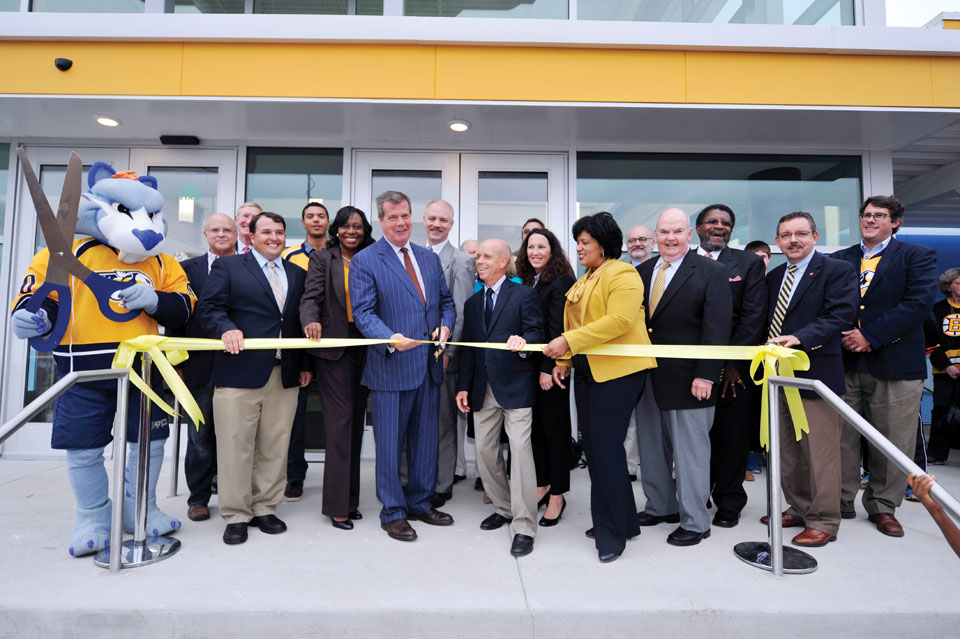 In 2007, Karl Dean was sworn in as the sixth mayor of the Metropolitan Government of Nashville and Davidson County. Attesting to his popularity, integrity, and the skill with which he carried out his duties, Dean was re-elected four years later with an astounding 79.2 percent of the vote. Dean is considered by many to be among the leading contributors to the success and popularity of the Predators locally as well as the driving force behind the world-class facility which serves as the team’s home and as a venue for a wide variety of entertainment events.

During his tenure as the city’s mayor, Dean announced plans for the addition of a community ice rink and hockey center as part of the city’s mixed-use complex to be constructed in southeast Davidson County. The facility also included plans for an expanded branch library, new regional community center, and park.

“I see this center becoming a hub of learning and recreation for residents in Southeast Davidson County, one of the fastest growing parts of our city,” Mayor Dean said at the announcement. “Families will find it convenient for the ice rink, community center, park and library to be in one location. This new public facility will benefit nearby neighborhoods and the surrounding retail and commercial area by attracting more people to the vicinity and creating a more stable business environment.”

Dean’s vision was 20/20 on all counts. Christened the Ford Ice Center, the $32 million complex included a two-story 86,000-square foot hockey center with two multi-purpose ice rinks, team rooms, meeting rooms, and an observation mezzanine. A covered walkway connects it to the library and community center.

“What’s so exciting about Ford Ice Center,” explained Predators CEO Sean Henry at the opening ceremonies, “is what a great addition it will be for the development of passion for on-ice activities – hockey, figure skating, and for the Preds as a whole. When you look at what we’re doing here, we know that there are great things going to happen to us.” 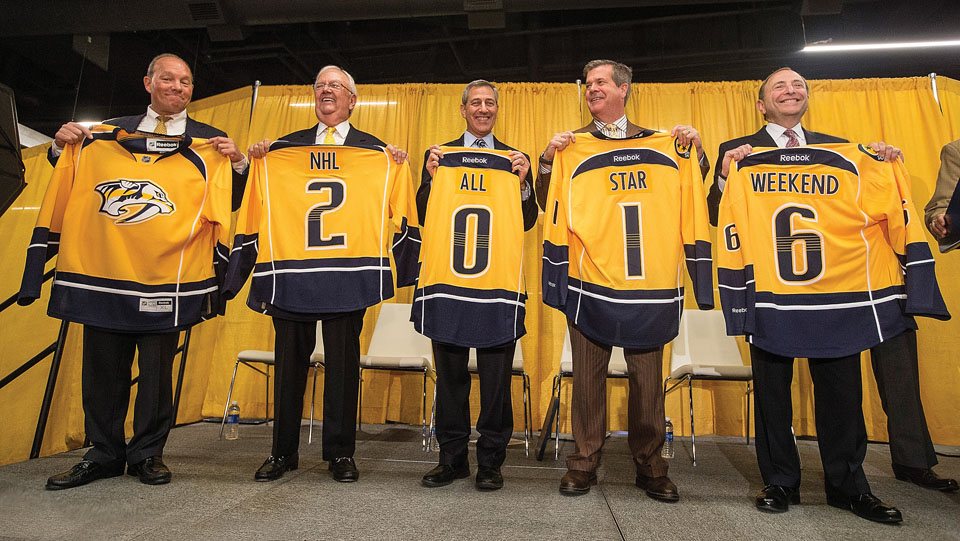 In addition to serving as the home of the Predators, Bridgestone Arena over the years has hosted over 21 million guests for such events as the NCAA Men’s Basketball Regional Tournament, SEC and OVC Men’s & Women’s Basketball Tournament, as well as entertainers such as Garth Brooks, Elton John, Billy Joel, Rolling Stones, Tim McGraw, Faith Hill, and Martina McBride.

Mayor Dean echoed Karbowiak’s sentiments on the announcement. “Bridgestone is a first-class business and a model corporate citizen,” he noted. “I am proud to have their name associated with Nashville, with our great hockey team and with our arena. This is a good fit for the Predators. Bridgestone is actively engaged in the Nashville community and active in promoting sports.”

The popularity of Bridgestone Arena continues to soar. The facility has been ranked as high as second in the U.S. and fifth worldwide for concert attendance. “It is great to see Bridgestone Arena and Nashville so successful in attracting top-tier entertainment and also to witness the fantastic support of these events by our community,” Henry said.