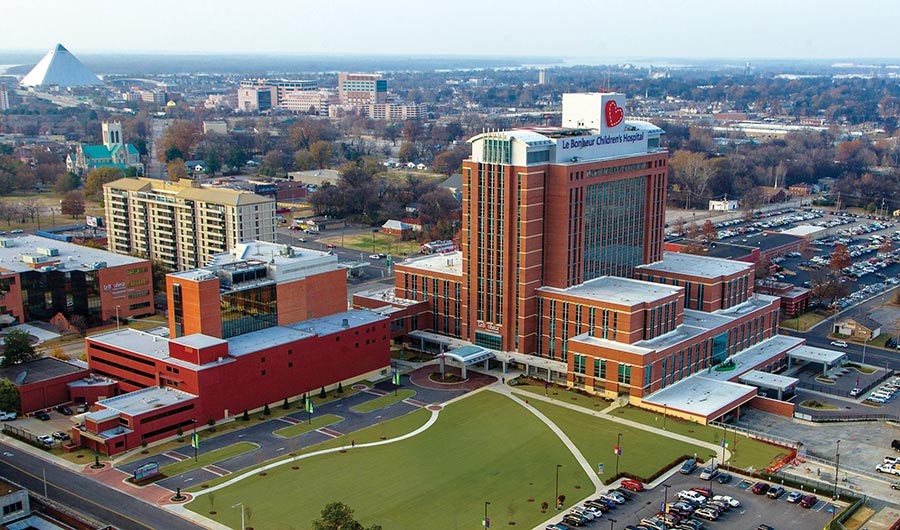 Le Bonheur Children’s Hospital is a 255-bed children’s hospital located in downtown Memphis in the heart of the city’s Medical District Collaborative. All photographs on this page by Lisa Buser Photography

Where Every Child Matters

At first glance, one might wonder at the choice of the name for the children’s hospital in Memphis that has been providing exceptional healthcare services for more than a half-century. The French “Bonheur” translates as “happiness” into English.

But bringing a bit of happiness into young lives by providing children with top quality medical services ranging from treatment of the ordinary bumps and sniffles associated with childhood to the most life-altering extremes has been the focus of Le Bonheur Children’s Hospital since the facility opened its doors on June 15, 1952. 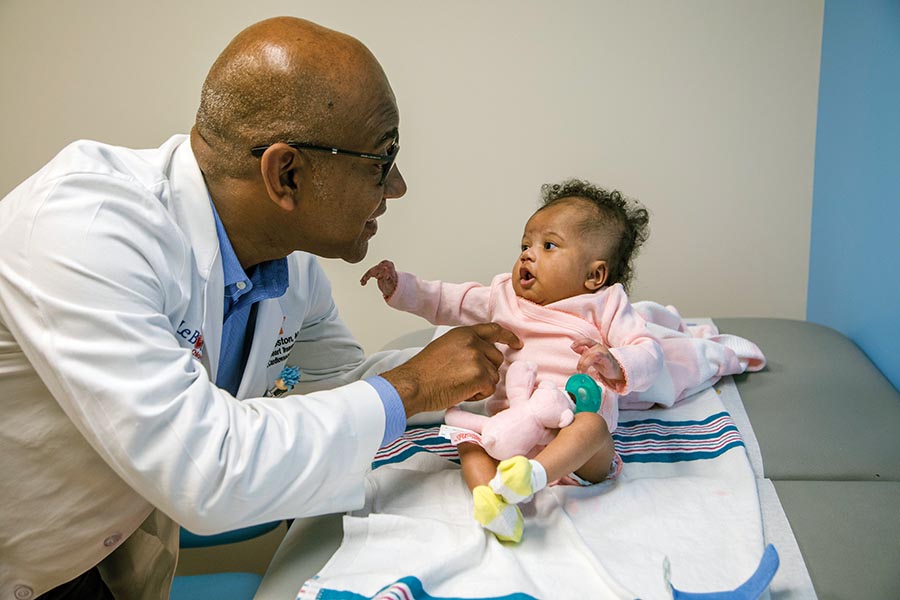 Dr. Umar Boston, Surgical Director of Heart Transplant and Mechanical Circulatory Support at Le Bonheur spends some time with one of his heart transplant recipients.

Exceptional pediatrics was the focus of the hospital’s founders and remains so today. Le Bonheur pursues this goal by providing the highest level of care through quality improvement and research into the diseases that affect children. The hospital’s specialists work together as one team to provide exceptional care for every child. Le Bonheur’s family-centered-care means partnering with families as an essential part of the care team.

While there are thousands of hospitals in America, only a few of those care exclusively for children. Le Bonheur’s professionals realize that children are not small adults. They require the equipment and facilities designed around their own specific needs. A children’s hospital brings together many experts focused on one thing – your child’s care. 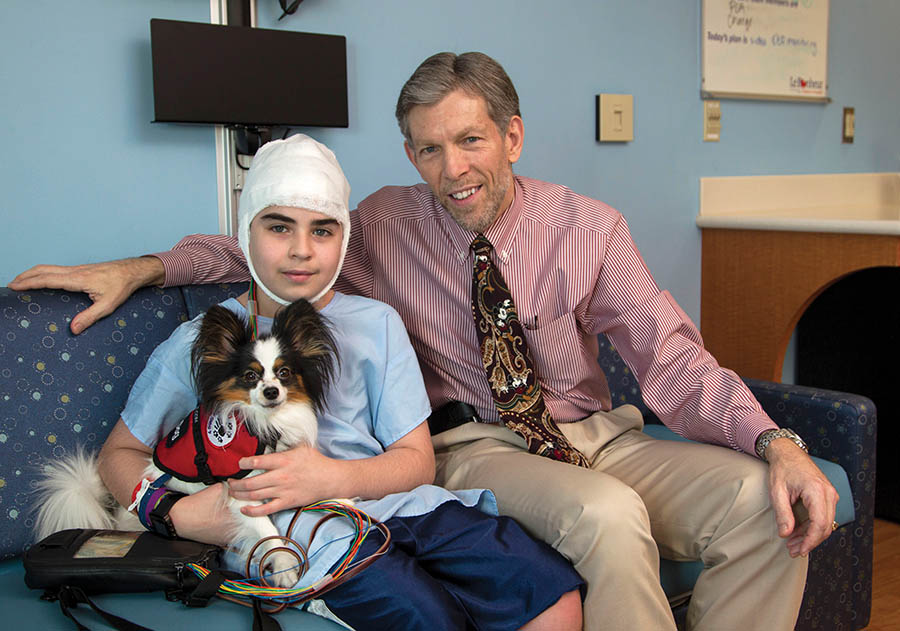 Being recognized as a leader in pediatric care means offering a complete range of clinical specialties in the diagnosis and treatment of children’s medical issues. As one of the nation’s best children’s hospitals, Le Bonheur features expert physicians and staff, state-of-the-art technology and family-friendly resources to maintain its leadership position in the field. 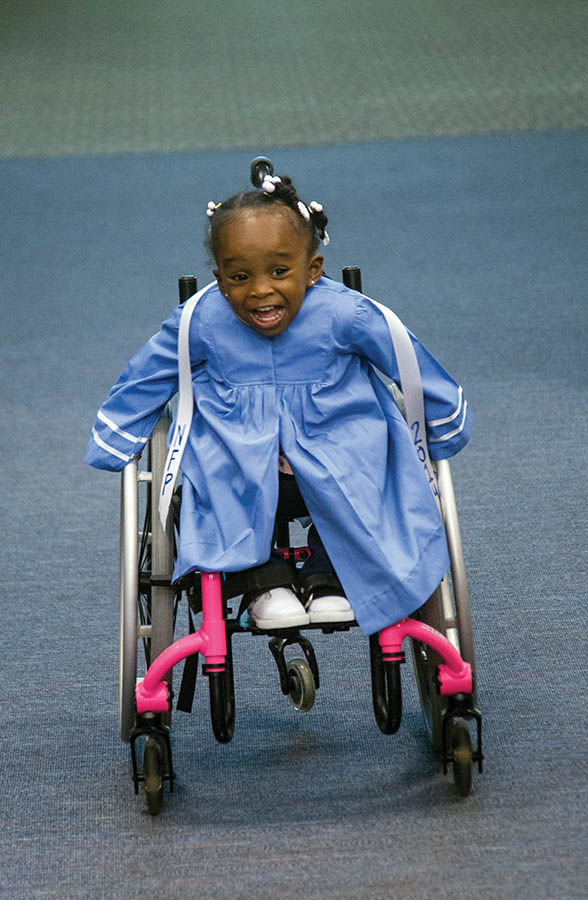 For moms in Le Bonheur’s Nurse Family Partnership, watching their 2-year-olds cross the stage in blue graduation robes is a culmination of a three-year journey. Moms in the program receive regular home visits from a Le Bonheur nurse throughout their pregnancy until the child’s second birthday. NFP has improved pregnancy outcomes, child health and development and families’ economic self-sufficiency in Memphis since its beginning in 2010.

Excellence within the Community

Le Bonheur’s promise to the community and region started in 1952 as the first comprehensive pediatric facility in Memphis. The hospital’s work sets the standard for training pediatric caregivers and helps to expand the frontiers of new knowledge through research and innovation.

The expertise and resources of Le Bonheur Children’s Hospital extend far beyond hospital walls. Through Le Bonheur Community Outreach, the hospital’s professionals are addressing issues such as safety, teen pregnancy, and access to health care that threaten the health and well-being of the region’s children.

“Our children are the future of Memphis,” said Meri Armour, Le Bonheur president. “Without the dedication of everyone at Le Bonheur some of the sickest kids would never know of a bright future where they can thrive and make a difference. We are transplanting hearts, performing world-class brain tumor surgery, paving the way for kids with epilepsy who otherwise were told they didn’t have a chance at a normal life. That’s the impact Le Bonheur Children’s Hospital has.”