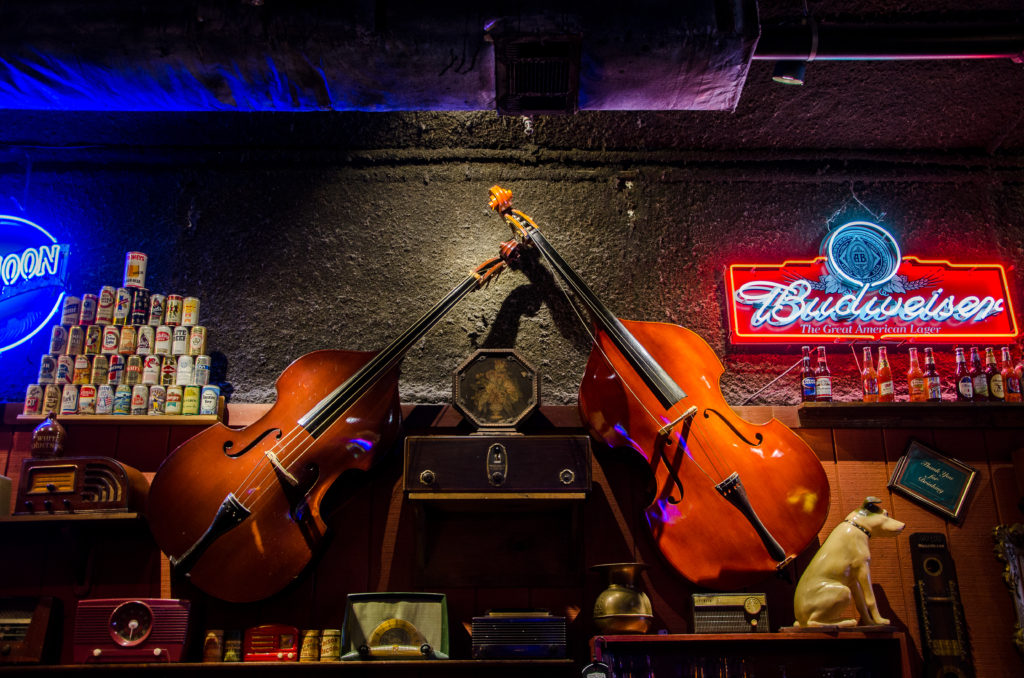 When Caleb and Nathan Followill first met their manager, Ken Levitan, they presented themselves as an aspiring country duo.

Levitan, the founder and owner of Vector Management, saw something else in the brothers with the “Southern Gothic” backstory as the sons of an itinerant Pentecostal preacher named Leon. Their Nashville-based quartet, Kings of Leon, is now one of the biggest rock bands in the world.

The success of the four Followills of Kings of Leon – Caleb, Nathan, brother Jared and cousin Matthew – proved once and for all that Nashville isn’t just a country music town.

It’s a music town. Ann Powers, a Nashville-based NPR Music critic and correspondent, grew up in Seattle and has lived in New York, Los Angeles and San Francisco. All of them are music capitals.
But Powers says Nashville is unique.

“I’ve never encountered a city whose residents were so devoted to the complete craft and art of making music, from songwriting to performance to recording to the industry side,” she says. “The spirit of Nashville is so much the spirit of the songs. And I love that.”

Rock star and Third Man Records owner Jack White, who moved to Nashville from Detroit in 2005, says Nashville “has that beautiful American mix of the love of music and art and business mixed together.

“The business of what’s going on is very common to hear about at the gas station or the coffeehouse here,” White says. “The whole city’s built on the business of music.”

During his first term, Mayor Karl Dean established the Music City Music Council to make sure the city was doing everything it could to feed Nashville’s music scene and harness its energy. A group of music industry leaders came together with the mayor to talk about how the city could help to make the industry even bigger and more diverse.

The industry’s footprint is already huge. A study by the music council in 2013 found music’s economic impact was $9.8 billion a year, supporting more than 56,000 jobs in Middle Tennessee.

Colin Reed, the chairman and CEO of Ryman Hospitality Properties, which owns the Ryman Auditorium, WSM and the Grand Ole Opry, says Nashville is “without question the music capital of the United States of America.”

“And it’s not a big leap to say we’re probably the music capital of the planet. And originally we were only country, but this thing has rapidly changed.”

It’s critical that we constantly cultivate one of our biggest assets. There’s no reason Nashville can’t host the Grammy Awards at our world-class Bridgestone Arena. There’s no reason why the biggest record labels can’t put more than just their country music operations here.

We took a big step when The Recording Academy held its Grammy nominations concert here for the first time in 2012.

Mayor Dean “took it to a different level,” said Levitan, a member of the music council since it started.

“He saw Nashville for what it was and what it is. Karl understood the importance of the Music City brand.”

“Once we embraced our identity, everybody else did, too,” said Joe Galante, another music council member and former chairman of Sony Music Nashville. “We are Music City, and you see it throughout the city.”

The music council also recommended the city build affordable apartments for musicians and other artists. Ryman Lofts opened on Rolling Mill Hill in 2013.

And Music Makes Us, based on the idea that the city that’s best at music should also be the best at music education, has changed how music is taught in Nashville schools. The Country Music Association donates its proceeds each year from CMA Music Festival, whose world-famous artists perform for free, to Music Makes Us – another powerful public-private partnership. 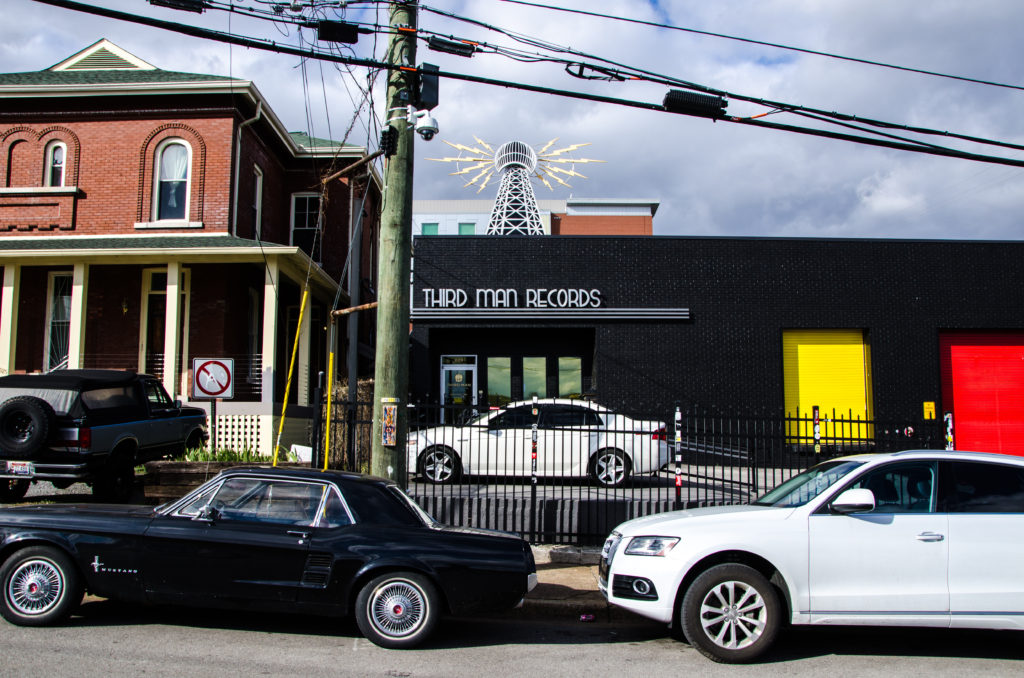 Record label office, vinyl record store, live performance space and more, Jack White’s Third Man Records does big business – and does it in new and interesting ways – in an area that once was “sort of a rough neighborhood.”

“Silicon Valley of the music business”

Richard Florida, the researcher and writer who did groundbreaking work on the economic significance of the “creative class,” wrote in 2009 that Nashville has “turned into the Silicon Valley of the music business, combining the best institutions, the best infrastructure and the best talent.”

The music industry has been moving to a less corporate, more entrepreneurial model, says Daniel Cornfield, a professor of sociology at Vanderbilt University and author of the 2015 book “Beyond the Beat: Musicians Building Community in Nashville.” Jack White exemplifies one part of that trend, Cornfield writes, as an artist who produces and distributes his own work while also producing younger artists.

Many musicians have worked to acquire more business skills so they can do more, spread their financial risk and increase their chances of finding a foothold. As a group, they’re more musically diverse.

“It’s a city where a musician can actually make a living,” music critic Ann Powers notes. “The fact that there can be a musical middle class here really changes the nature of the city.”

Musicians also tend to support each other, competing but cooperating, approaching their work with what Cornfield calls an “indie ethos of mutualism.” The idea is simple, reflecting the we’re-all-in-this-together approach any community must take: “You show up to my showcases, and I’ll show up to yours.”

Nashville remains a beacon to musicians, and you never know: The 19-year-old – or 29-year-old – who just made your cappuccino or served your dinner might be the next Brad Paisley, Taylor Swift or Jack White – or Ketch Secor. 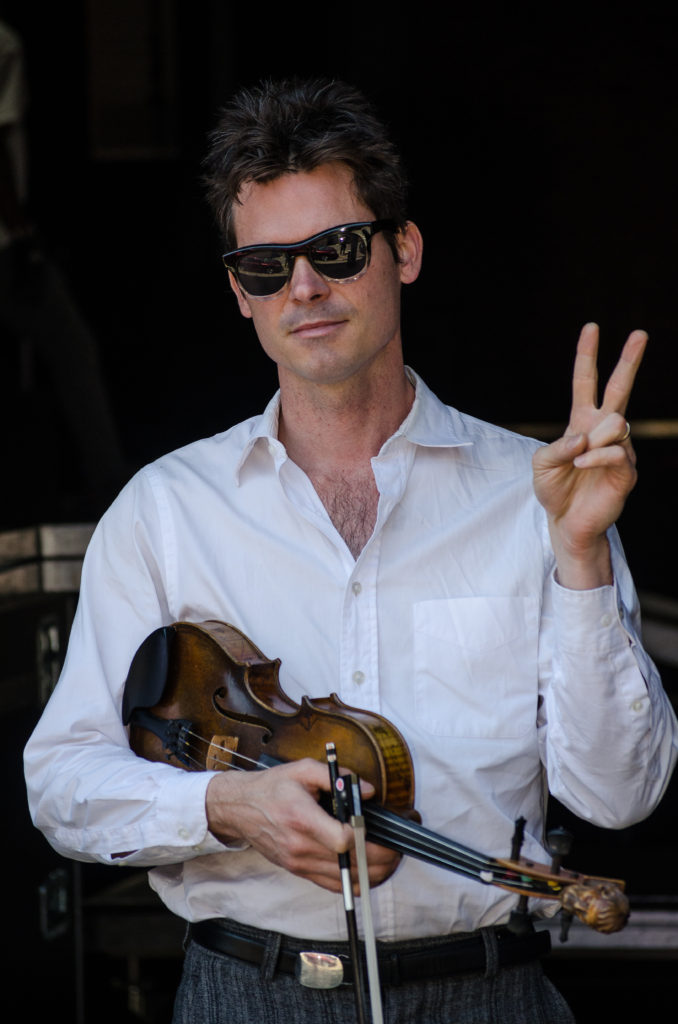 Old Crow Medicine Show frontman Ketch Secor tours the world but is heavily invested in Nashville. He started an independent Episcopal school in 2016 in his East Nashville neighborhood.

Ketch Secor was 19 years old when he first came to Nashville from North Carolina in 1997 to perform on the streets with four other musicians. The five of them, known for their banjo-shaped bass, could make $500 a night busking under a green awning that “collected the sound” outside a Second Avenue nightclub.

Secor and a different group formed Old Crow Medicine Show a year later, then got hired to play on the plaza outside the Grand Ole Opry and moved here for good in 2000. Secor lived on Dickerson Road and then in Whites Creek before settling in East Nashville.

Old Crow Medicine Show is now a Grammy-winning band that tours the world. Secor says each of his two young children has been to more than 25 states before turning 5.

But despite all his traveling, he is very much invested in Nashville. In 2016 he was part of a group that started an independent Episcopal school in East Nashville to educate children representing a range of family income levels. It opened in portable buildings in the parking lot of St. Ann’s Episcopal Church in August.

“This is the town where I’ve grown up as a musician,” Secor says. “Now it’s time to give something to the city that’s given me so much. And the thing I want for the city is a school where the haves and the have-nots come together.

“I feel that, being a part of the gentrification of this neighborhood, I owe it to my block and the surrounding environs to sort of offset what my being here, and the thousands of others like me who are here, do to housing values.”

He says he’s glad to see Nashville embracing its music, regardless of the genre. Secor met former Mayor Karl Dean at the Americana Music Awards in 2012.

Secor feels he belongs to two generations of musicians, one of them living, the other “a bit more ghostly.” He doesn’t think he’d get to commune with the older one as much if he lived anywhere else.

“When you’re a musician in Nashville, you’re in the presence of thousands of long-gone singers and songwriters and their songs, and their songs are still echoing,” he says.

“And all of their efforts to make it here give me strength and bolster the entire community.”