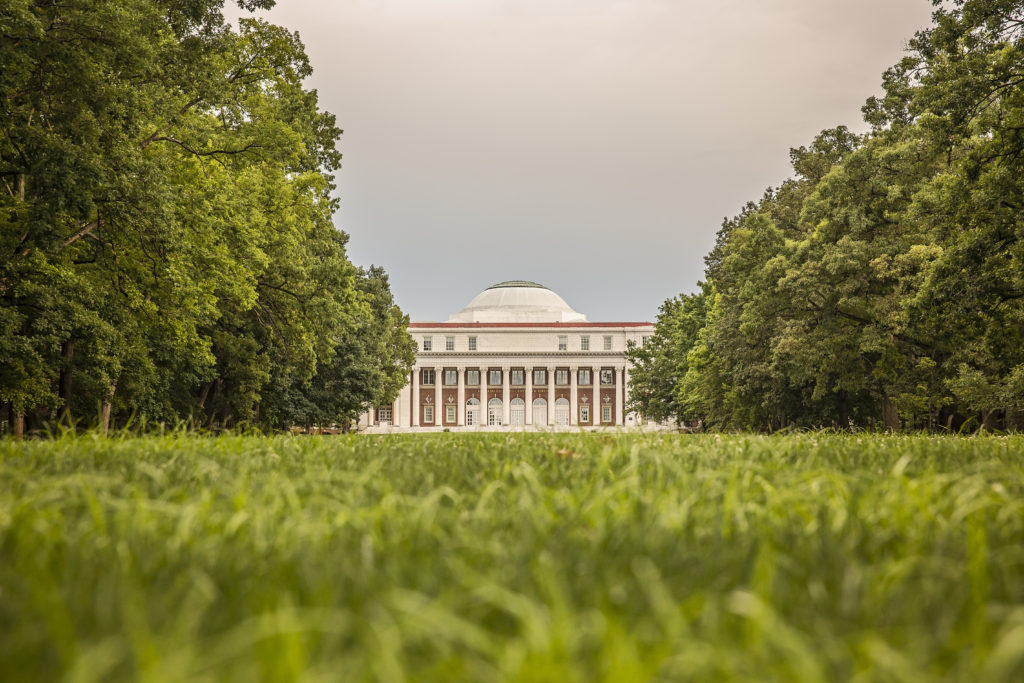 The Peabody College of Education and Human Development at Vanderbilt University

Higher education’s roots in Nashville go a century deeper than the for-profit health care industry’s, but both are central players in the city’s modern-day story.

Each of these schools deserves credit for its many contributions to Nashville. However, a couple merit special attention.

Vanderbilt is a world-class research university with a medical center that by itself is the city’s single largest private employer. The university also has a knack for educating future mayors: Nashville’s current chief executive, Megan Barry, and the last two, Karl Dean and Bill Purcell, all came here to attend one of Vanderbilt’s professional schools.

But the relationship between the city and the university goes beyond that, with each strengthening the other.

“A great city makes Vanderbilt great. But I’m very proud that Vanderbilt, I think, makes Nashville great,” says Nicholas Zeppos, the university’s chancellor since 2008. “And we’re interesting, because we’re right in the middle of the city.”

“There aren’t many college presidents who get to say there’s a TV show named after their college town,” Zeppos adds. “I don’t know a TV show called ‘Ann Arbor’ or ‘Palo Alto.’ It’s a killer combination.”

Vanderbilt’s neighbor, Belmont University, has shown the most impressive growth of any Nashville school in recent years. When Bob Fisher took over as the university’s president in 2000, fewer than 3,000 students were enrolled. Today there are more than 7,300.

Fisher, who had spent most of his life in Arkansas, wasn’t necessarily in a hurry to get to Nashville. When he and his wife first visited in 1996 for a convention, they were in a hotel that was separated from downtown by an interstate, and they “didn’t see anything tourist-worthy.”

“My impression was that Little Rock had more going on than Nashville,” he recalls.

When Fisher interviewed for the Belmont presidency after his boss at Arkansas State University nominated him, he told the trustees that their strategic plan, which said enrollment should be limited to 3,000 students, was the wrong prescription. Unquantifiable but substantial growth (“We’ll know when we get there”) was necessary if Belmont wanted to be great.

“I said, ‘I’m not a maintenance engineer. I’m a design architect. I want to build some stuff.’ ”
And build he has, pumping more than half a billion dollars into campus upgrades while increasing the annual operating budget from $38 million to $250 million and doubling faculty salaries. By 2008, Belmont was ready to host a presidential debate in its Curb Event Center between Democrat Barack Obama and Republican John McCain.

Since then, the university has added several more major buildings and programs, including a law school.
Fisher says it couldn’t have happened without Nashville’s own growth.

“We could not have done that in Jefferson City or Jackson, Tennessee,” he says. “It’s Nashville. And so many students want to come here. And I can’t tell you how many of their parents end up here.”

On the other end of Belmont Boulevard, Lipscomb University also has taken off under President Randy Lowry’s leadership. Lipscomb’s enrollment has jumped from 2,518 students when Lowry arrived in 2005 to more than 4,600 today.

And with about half of its alumni living in Davidson and Williamson counties, Lipscomb has a lot of friends close at hand.

“Lipscomb’s vision today is unlimited,” political consultant Tom Ingram, a 1968 graduate, said when the university launched its College of Leadership & Public Service in 2016. 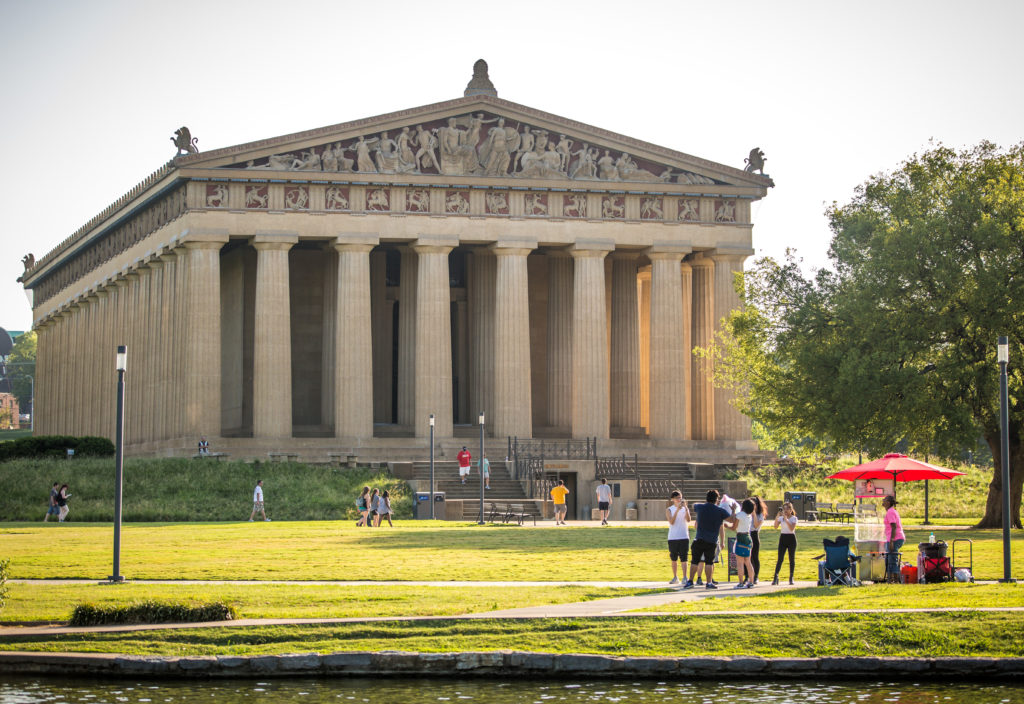 The Parthenon is the centerpiece of Centennial Park off West End Avenue, but it’s just one of many attractions in a jewel of a park.

The rise of for-profit health care

One of Vanderbilt’s most prominent graduates is Dr. Thomas Frist Jr., who led a revolution in the delivery of health care that made Nashville the leader in that industry, with no end in sight.

In 1968, Frist; his father, Dr. Thomas Frist Sr., and two other men, businessman Jack Massey and attorney Henry Hooker, started Hospital Corporation of America, or HCA. They saw an opportunity to build a network of for-profit hospitals that would use economies of scale, just as Kemmons Wilson of Memphis, the father of one of Frist’s fraternity brothers, had done with hotels by creating the Holiday Inn chain.

Several factors lined up, Frist says. Medicare had been created a few years earlier, making health care accessible to many more people. Tremendous population growth in the Sun Belt states had put stress on cities, which were channeling tax dollars into education and transportation rather than hospitals.

Technological improvements were coming along, too. And Massey, who had created Kentucky Fried Chicken and other companies, was leading an emerging entrepreneurial community in Nashville.

“All the stars aligned back in 1968,” says Frist, whose late father’s photo adorns a wall in the lobby at HCA’s headquarters next to Centennial Park.

Today HCA has more than 200,000 employees at more than 160 hospitals and 115 freestanding surgery centers in 20 states and England. Its impact on Nashville is much harder to quantify.

The HCA “family tree,” a document showing all the Nashville-based companies started by HCA executives, “just keeps growing and growing,” said Milton Johnson, the Belmont graduate who is the company’s current chairman and CEO.

The billions of dollars of wealth generated by HCA and all its offspring have funded countless philanthropic endeavors in Nashville. Jack Bovender, a retired chairman and CEO, says HCA often gave stock to employees below the top levels of the company, allowing legions of people to support the arts and other causes with their money and time.

“It’s just hard to think about the city without that impact from HCA,” Johnson adds.
Now the company is preparing to add about 2,000 jobs at a $200 million facility for two of its business units in the Capitol View development near downtown.

Another hospital chain, Hospital Affiliates International, started about six months after HCA. In 1977 a young executive named Tom Cigarran moved to Nashville from New York to work for the company.

HCA bought the rival company in 1981, but HAI had planted its own “family tree.” Cigarran, for example, went on to found Healthways, which has 2,500 employees, and later AmSurg. He’s now chairman of the Nashville Predators.

By 2014, the annual economic impact of the health care industry on Middle Tennessee was $38.8 billion, accounting for nearly 250,000 local jobs, according to a study by the Nashville Health Care Council.

HCA started it all. Frist says that kind of footprint wasn’t anything he ever could have dreamed back in 1968.

“There’s probably no way anybody could possibly have forecast what we have today.”