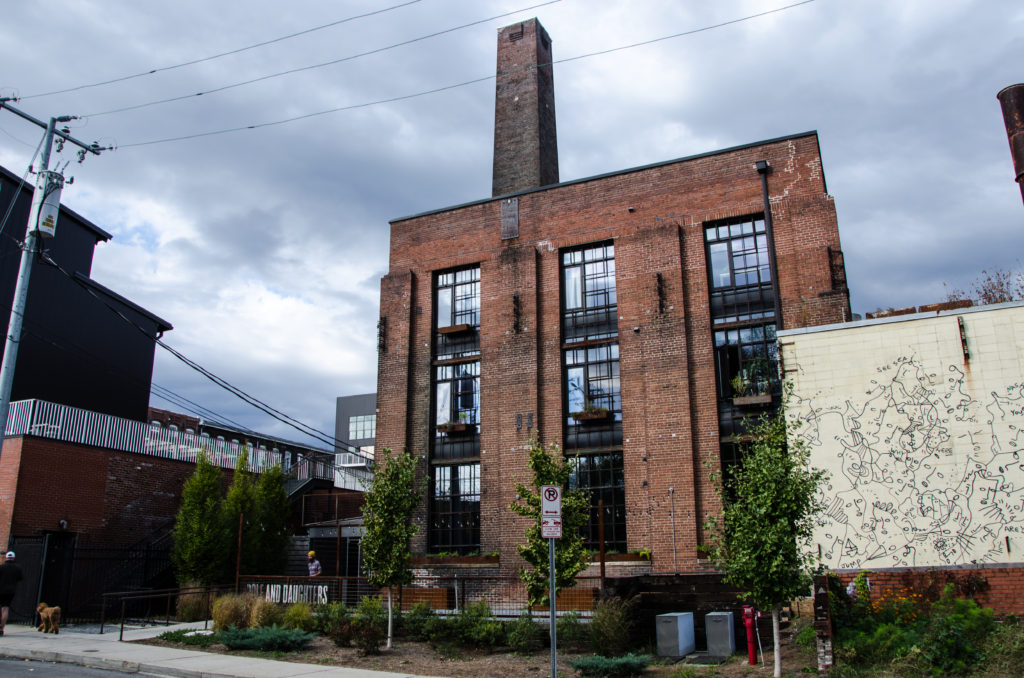 Nashville has been fortunate to have a large creative class since long before that phrase was coined, and the fledgling musicians, insurance company founders, health care executives and others who populate our history books have given the city plenty of entrepreneurial sizzle.

But it’s still hard not to notice the legions of small business owners, dreamers and creative “makers” reinventing Nashville’s streets and neighborhoods every day in the early 21st century. This is most obvious in the realm of food and drink.

Attorney Byron Trauger remembers eating dinner at Faison’s one night in 1982 when he was visiting Nashville and considering moving here. It was a nice, hip, independent restaurant, but there weren’t many places like it.

“If this town can’t support more than one restaurant like this, I’m not sure it’s the place for me,” Trauger remembers saying.

While Jody Faison’s restaurant is long gone – and so are Randy Rayburn’s Sunset Grill and some other culinary pioneers – that kind of place now seems to open every week in Germantown, 12South, East Nashville, Midtown and other areas. But it took a while to get to this point.

Jennifer Justus, a veteran journalist and author of two books about Nashville food, credits chef Margot McCormack with kick-starting the contemporary scene by opening Margot Café and Bar in East Nashville in 2001. The area right across the river from downtown had been pounded by an F3 tornado just three years earlier.

“That had a huge effect,” Justus says of Margot’s success. “It showed the rest of Nashville that you can open in this part of town.”

More landmark moments followed. Tandy Wilson, who had worked for McCormack, opened his own sophisticated restaurant, City House, in the Germantown neighborhood in 2007.

Then Sean Brock, a James Beard Award-winning chef who had wowed Nashville diners at the Capitol Grille in the Hermitage Hotel before moving to South Carolina, returned to open Husk, an outpost of his Charleston restaurant, on Rutledge Hill in 2013.

“That was a huge thing for outsiders to see,” Justus says. “That was our first kind of celebrity chef to start another location here.”

2013 also was the first year of the Music City Food + Wine Festival, the creation of rock band Kings of Leon; their managers, Ken Levitan and Andy Mendelsohn of Vector Management; and another celebrity chef, Jonathan Waxman, who had competed on “Top Chef Masters” three years earlier. The initial connection? Kings of Leon’s Caleb Followill had gotten to know Waxman’s restaurant Barbuto in New York.

Levitan, who manages the careers of Waxman and some other chefs, said he and his foodie friends and clients wanted to introduce great chefs from other parts of the country to Nashville.

“We wanted to breed a different kind of restaurant culture,” he says.

Another famous Nashville-based musician, Dan Auerbach of The Black Keys, talked up the existing food scene in the pages of Bon Appétit in 2012. Auerbach, who had moved here from Akron, Ohio, two years earlier, exposed readers to everything from City House and The Catbird Seat to Mas Tacos Por Favor and Prince’s Hot Chicken Shack.

Ah, there it is: hot chicken.

Prince’s Hot Chicken Shack has been around for some 80 years – and recently opened a second location. It was started by Thornton Prince III, who so enjoyed the cayenne-drenched chicken his angry girlfriend served him one morning – a revenge plot derailed by the fickle nature of taste buds and pain thresholds – that he decided he needed to make a lot more of it.

But hot chicken’s red-hot popularity in Nashville and beyond – it’s now on restaurant menus from Massachusetts to California – is a distinctly 21st-century phenomenon. Hattie B’s, Pepperfire, 400 Degrees and other Nashville hot chicken joints have emerged in the past few years, and Kentucky Fried Chicken, a chain with some roots in Nashville, even debuted its own version in, uh, Pittsburgh in 2015.

“I don’t think anyone could have predicted that now it’s a flavor,” Jim Myers, The Tennessean’s food writer, said over the phone one afternoon as he got ready to dig into some hot chicken at 400 Degrees.

What’s going on here? Several chroniclers of the Nashville food scene say former Mayor Bill Purcell, who took visitors to Prince’s every chance he got during his two terms in office, is as responsible for the hot chicken boom as anyone. Purcell started the Music City Hot Chicken Festival as he was about to leave office in 2007.

Purcell’s first taste of hot chicken in the 1980s made quite an impression, he told author Timothy Charles Davis, author of “The Hot Chicken Cookbook: The Fiery History & Red-Hot Recipes of Nashville’s Beloved Bird.”

“It was an immediate reaffirmation of the American Dream,” Purcell said. “It remains that to this day.” 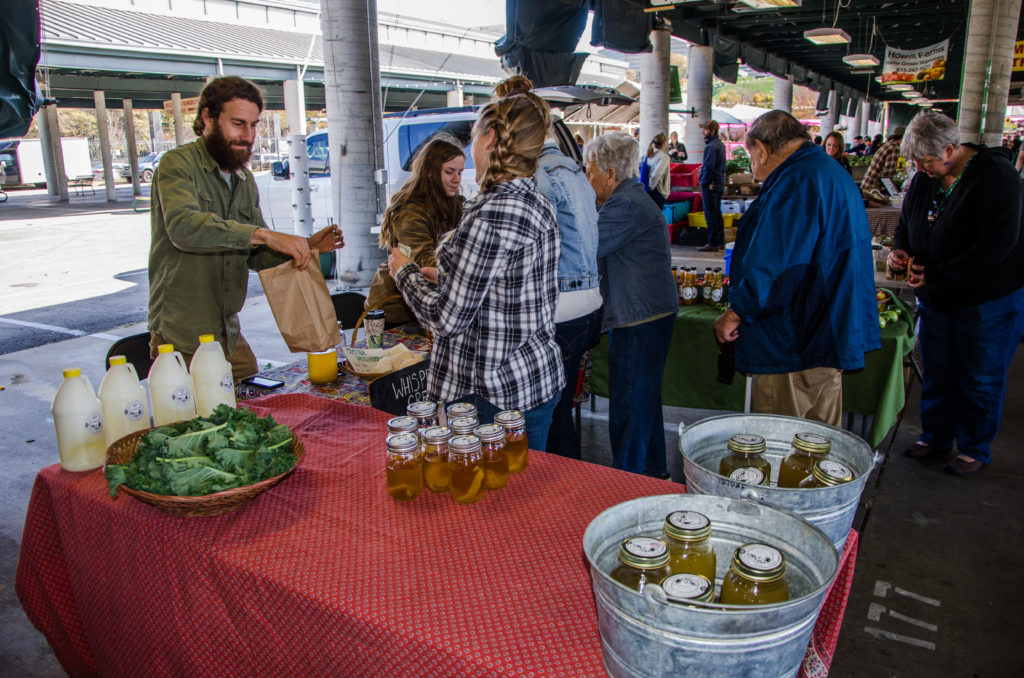 Hot chicken is probably as close as Nashville gets to a food it can call its own. There’s no true Nashville cuisine. Yet the city has become a destination for great chefs and restaurants. Why?

“Why not?” says Margot McCormack, owner of Margot Café and Bar and Marché. “Nashville’s awesome. Nashville isn’t made cool by the next new restaurant that comes in. It’s made cool by the people and the life that we lead and the cool things that we already had.”

Journalist Jim Myers says several factors have broken Nashville’s way: the “explosion” of interest in food and cooking, including Southern cooking; population growth, which created a critical mass of people who will support new restaurants; the city’s regular appearances on lists ranking great, friendly places; and the fact that it’s always been “a destination city.”

Two of the busiest restaurateurs are brothers who grew up in Nashville: Benjamin and Max Goldberg of Strategic Hospitality Group. Now in their 30s, they own an eclectic collection of nine restaurants, bars and event spaces that channel the city’s creativity while employing about 400 people.

Benjamin Goldberg, the older brother, saw a sameness in most Nashville restaurants and bars when he was getting out of college in the early 2000s. With a friend, he opened Bar Twenty3 in the Gulch.

The bar closed after a few years, but Benjamin – who recruited Max to join his business in 2007 – kept charging ahead. The Goldbergs say they revel in doing business in a city whose residents, while smart and demanding, are open to trying new things and seeing what new players will bring to the game.

Strategic Hospitality’s most interesting creation might be Pinewood Social, a 13,000-square-foot restaurant/bar/bowling alley/outdoor pool/hangout spot that’s open 18 hours a day in one of the city’s old “trolley barns” on Rolling Mill Hill.

It’s a place where people can linger freely without languishing. Coders, composers and other laptop jockeys often spend the better part of a workday there without necessarily consuming much food or drink.

“The people who come here and have one coffee and stay seven hours, we love,” Max Goldberg says.
Just as in the increasingly entrepreneurial world of music making, Nashville’s restaurant owners and chefs support each other even as they compete. When a new chef started at Strategic Hospitality’s 22-seat, highly interactive The Catbird Seat in the winter of 2016, other restaurants catered the 3 p.m. staff meal every day for the first week.

Encouragement coming from so many directions encourages risk, the engine of any small business. As Benjamin Goldberg puts it, “Creativity is flourishing because more people are betting on themselves. The city is so supportive that people are willing to jump off a cliff and say, What’s the worst that can happen?”