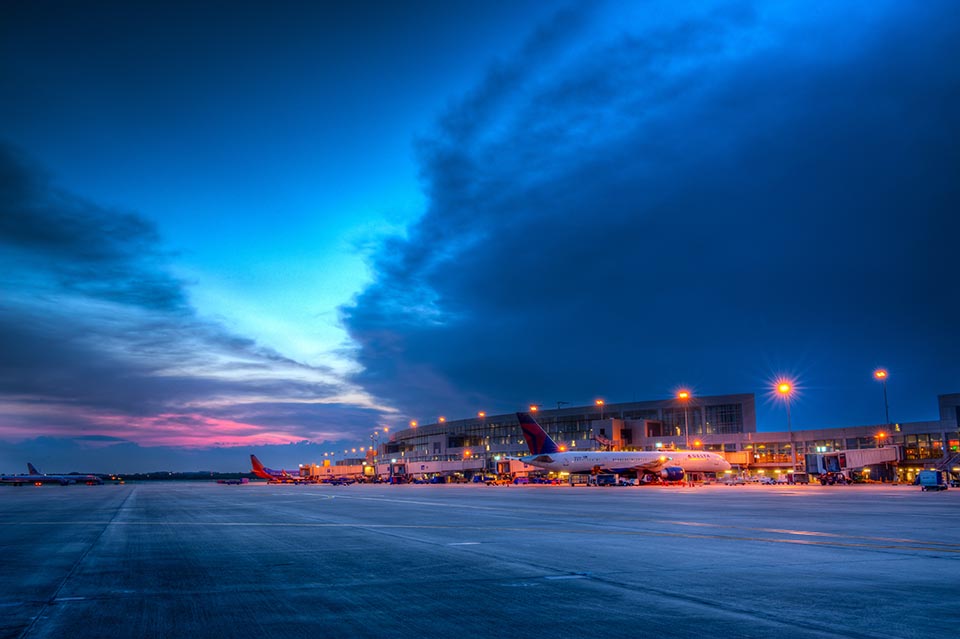 Almost 16 million passengers traveled through Austin-Bergstrom International Airport (AUS) in 2018. Those travelers took advantage of the more than 70 destinations across North America and Europe that are accessible through what has become the airport of choice for passengers in Central Texas.

Owned by the City of Austin and operated by the Department of Aviation, AUS has experienced a phenomenal rate of growth with passenger traffic having grown by an average annual rate of 5.6 percent since 2008 and almost doubling to 9.4 percent since 2013.

With several international nonstop flights and many domestic ones, AUS is Austin’s front door. The Austin airport is located in the Capital city of Texas and inside the Metro Triangle (80 percent of Texas’ population lives within the triangle of Dallas, San Antonio, and Houston).

AUS is the fourth largest airport in Texas and the second fastest growing mid-sized airport in the United States. Conveniently located just eight miles from downtown Austin, AUS sits on 4,242 acres of land with two all-weather runways that are 12,500 and 9,000 feet in length. The airport consists of two terminals: the Barbara Jordan Terminal with 34 aircraft gates and the South Terminal with three gates. The campus also includes over 15,000 parking spaces, three FBO general aviation facilities, three helipads, and a 27-acre cargo facility. 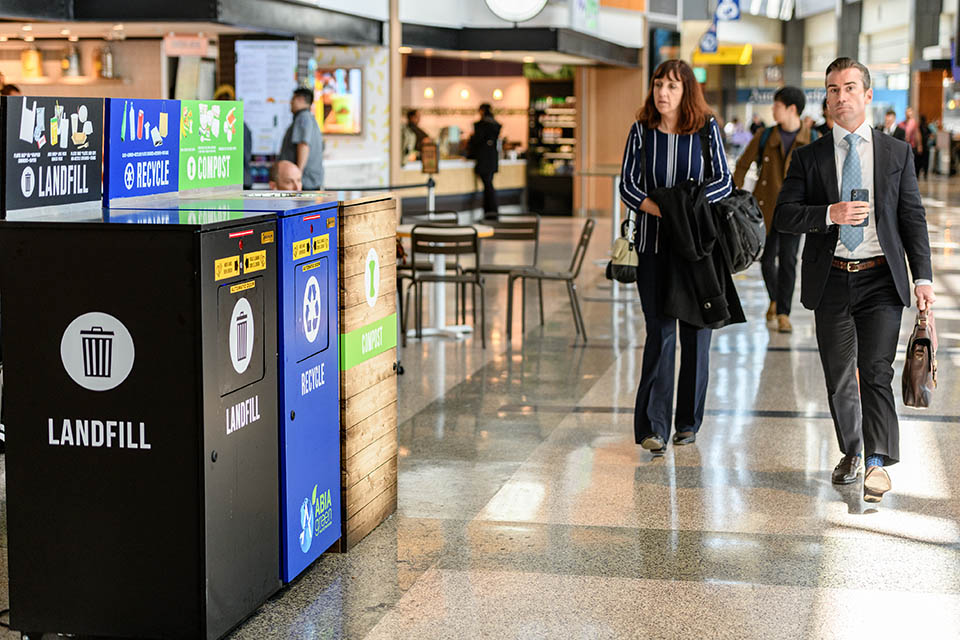 The City of Austin’s Department of Aviation employs 535 total employees as well as ten part-time employees and summer interns. According to the latest TxDOT (Texas Department of Transportation) study, AUS generates 74,000 total jobs and has a $7.6 billion economic impact in the Austin area.
In addition, AUS supports over 60 Honor Flight Austin programs that take veterans from the Austin area to their national monuments in Washington D.C. 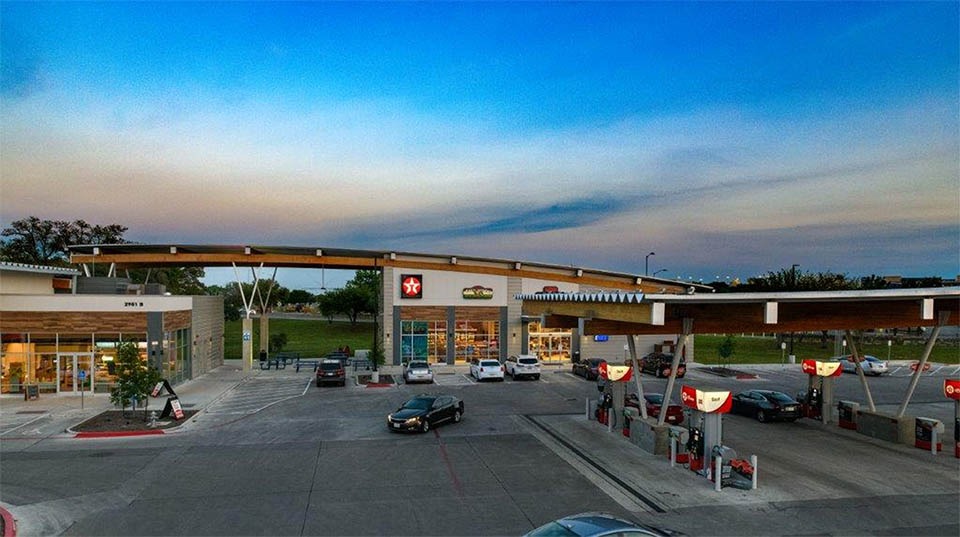 On May 23, 1999, what had been the Robert Mueller Municipal Airport for 60 years officially became the Austin-Bergstrom International Airport. Named after Captain John August Earl Bergstrom, the first native Austinite killed in action during World War II, the airport is built on the location of the former Bergstrom Air Force Base.The airport’s subsequent renaming in 1999 capped the development of the AUS of today.

Even though the City of Austin owns the facility, the people and businesses that use the airport pay the entire ongoing budget. Any revenue generated from the airport goes back into its operations, covering its operating expenses. 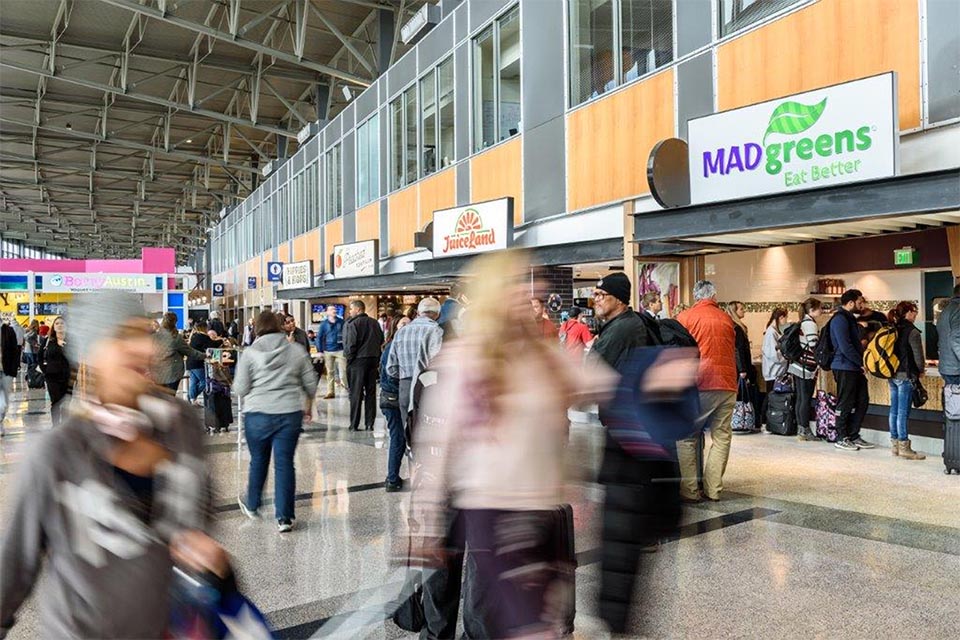 Central Texas depends on reliable and extensive air service to foster business and leisure opportunities as well as to connect friends and families. To keep up with passenger demand and prepare for future growth, AUS is tuning up with numerous terminal, airfield, and parking service expansions. In 2019, the airport opened its nine-gate expansion of the Barbara Jordan Terminal. This expansion includes highlights such as a new outdoor observation deck, local retail and concession amenities, pet relief area, mothers’ lounge, and companion care restroom for adults with varying needs. The South Terminal, home to Allegiant and Frontier, serviced 391,876 passengers in its first complete year of operation in 2018.

Austin is the home of several major events such as Formula 1, Austin City Limit Music Festival, SXSW, and the Austin Film Festival that draws visitors from around the globe. Austin is known as the “Live Music Capitol of the World,” and the airport reflects the city’s musical heartbeat by providing over 1,190 live music performances per year on six different stages inside the airport. AUS further enhances the city’s image with local food, culture, and retail outlets. The airport’s stunning art displays reflect Austin’s welcoming attitude to visitors attending any of the city’s festivals, embracing technology development, and business growth. 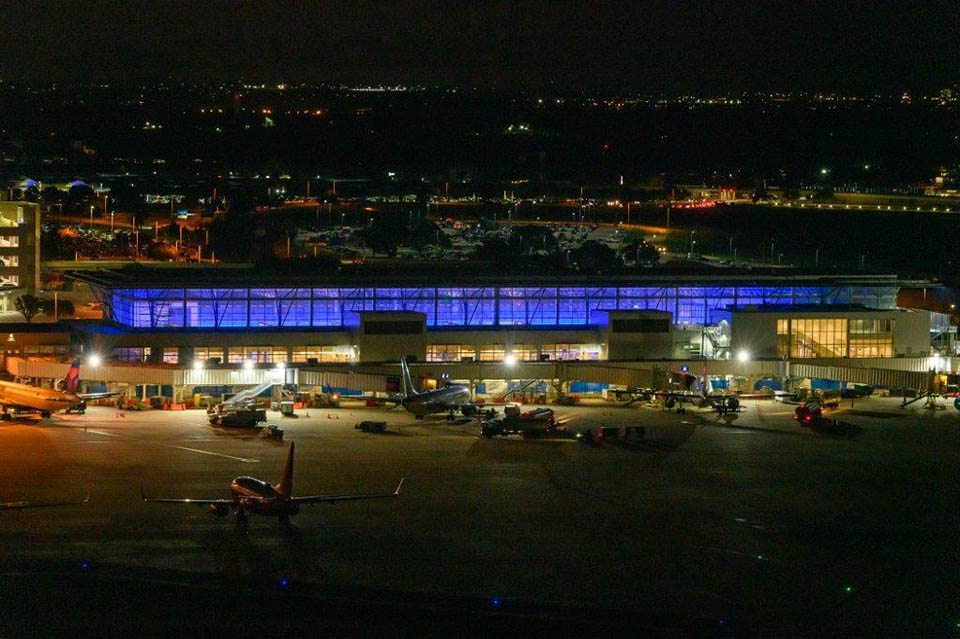 In 2017 the Airline Pilots Association recognized AUS with its National Safety Award as “2017 Airport of the Year” for its continued collaboration in partnering with pilots on important safety and construction issues. In addition, Fodor’s Travel Awards in 2019 designated AUS as “Runner-up for Best Airport in the U.S.”

For the ninth consecutive year, passengers at the Austin-Bergstrom International Airport have set a new annual record as demand for air travel increased to 15.8 million passengers in 2018. That same year, records again increased at AUS as 11 carriers announced or started 42 new routes at the airport.

“The size and growth opportunity at the Austin airport is wonderful,” said Jacqueline Yaft, Executive Director, Austin-Bergstrom International Airport. “With all the different destinations, we have the opportunity to provide services from the curb to the sky to the citizens of one of the greatest cities and regions in the U.S.”