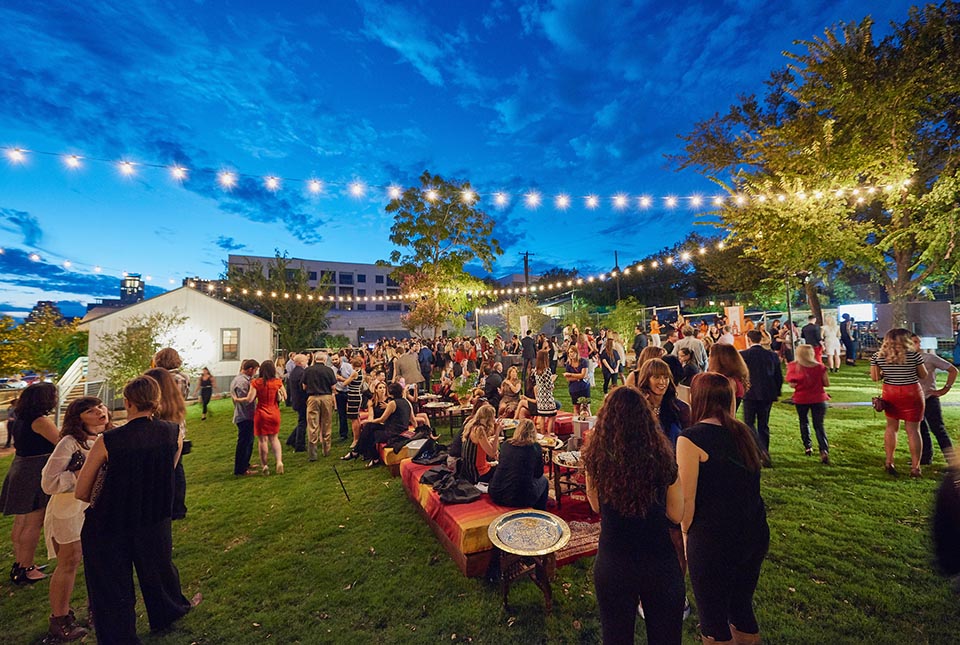 Marketing Austin to the World

Since 1996, Visit Austin has been enriching the quality of life for the Austin community by marketing the city as a premiere destination for visitors and as a world-class venue for business travel. The organization, a private, non-profit 501(c)6 corporation, operates independently and is contracted by the city to promote Austin as a city replete with history and a rich tapestry of cultures that attracts visitors from around the globe. In addition, Visit Austin operates the Austin Visitor Center and houses the Austin Film Commission, Austin Music Office, Austin Sports Commission, and Visit Austin Foundation. 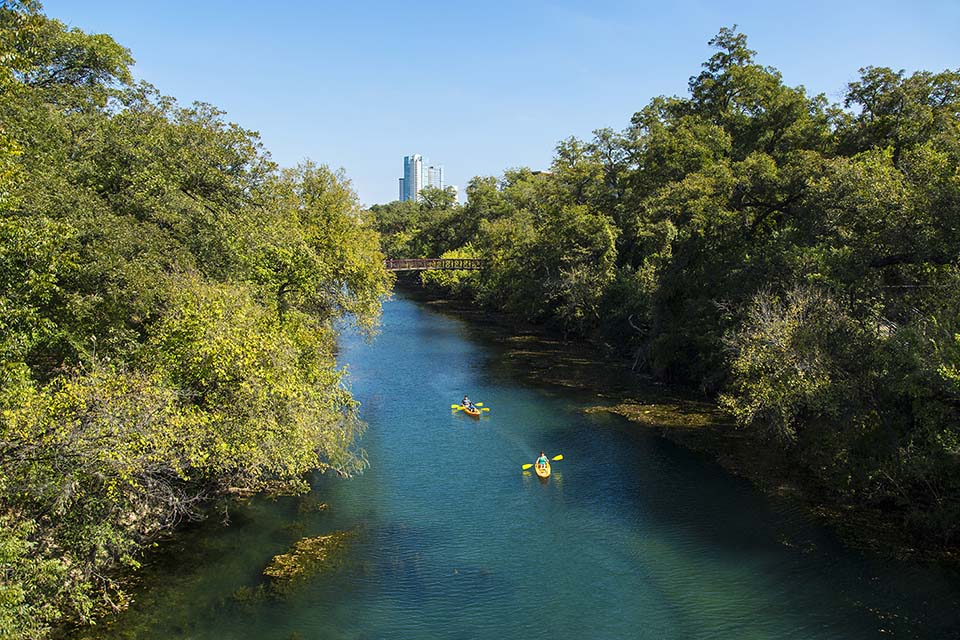 The more than 60 full-time and part-time Visit Austin team members are constantly adapting their approach to solidify Austin’s position as a premier leisure, convention, and meetings destination. Connecting with Visit Austin ensures working with a group of passionate locals who have made a career out of their love for the city. From the organization’s Convention Sales and Services teams, to the staff at the Austin Visitor Center and everyone in between, Visit Austin professionals focus on exceeding expectations and making each experience in Austin everything it ought to be.

The organization’s Sales staff works to book and promote group business for both the Austin Convention Center and the hotel community. Actively highlighting the local business community, the Sales and Services teams encourage clients to incorporate uniquely Austin themes into conference programming, which always contributes to added attendee excitement when visiting Austin. 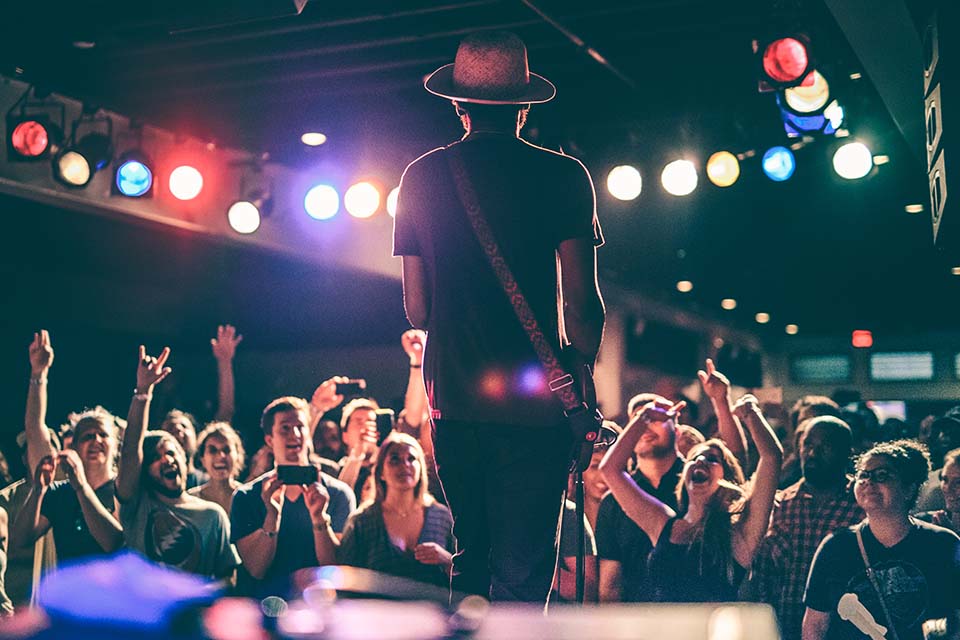 The City of Austin has much to offer. Austin is served by Austin-Bergstrom International Airport, the second fastest growing midsize airport in the United States and recognized as the “2017 Airport of the Year” by the Airline Pilots Association. The almost 16 million passengers who filed through the airport in 2018 were taking advantage of Austin-Bergstrom’s more than 70 nonstop destinations across North America and Europe.

The city’s emerging tech market and expanding economy have led to increased awareness and excitement surrounding Austin as a hot destination, boosting tourism in both the leisure and meetings sectors. Meeting planners have discovered the recent boom in hotel inventory growth, with a projected 12,700 rooms downtown and 44,427 rooms citywide by 2020. This will culminate in a more than 96 percent projected increase in the downtown sector from 2014-2020 and a more than 42 percent increase citywide, during the same period. The Convention Sales & Services teams offer personalized sales assistance for groups needing ten or more rooms, helping clients with everything from checking hotel availability to planning and site visit assistance to ensure groups execute successful events in Austin. 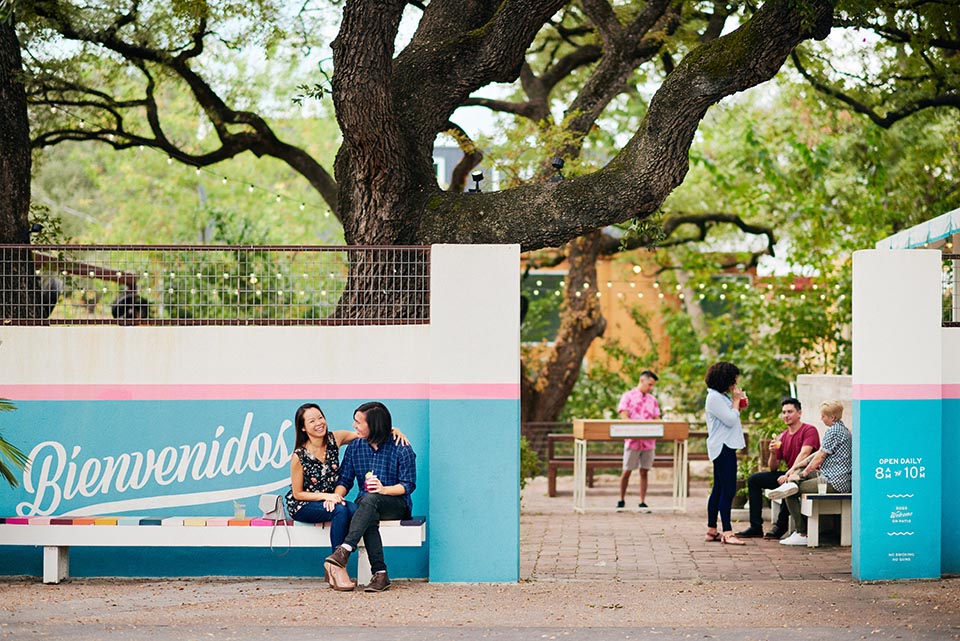 Leisure travelers are discovering Austin’s abundant attractions as well. Austin is not only the capital of Texas, the city is also the home of the University of Texas at Austin® and gateway to the beautiful Hill Country. As the Live Music Capital of the World®, the city has a soundtrack all its own. More than 250 live music venues flourish with rock, indie, hip hop, Tejano, and more. Visit Austin reinforces this brand positioning through a variety of strategic sales and marketing tactics.

Top-notch restaurants whet visitors’ appetites with legendary barbecue and farm-to-table cuisine. Shoppers find treasures in the one-of-a-kind boutiques that line the city’s streets and neighborhoods. Others head out to the Hill Country to relax in a world-class destination spa. 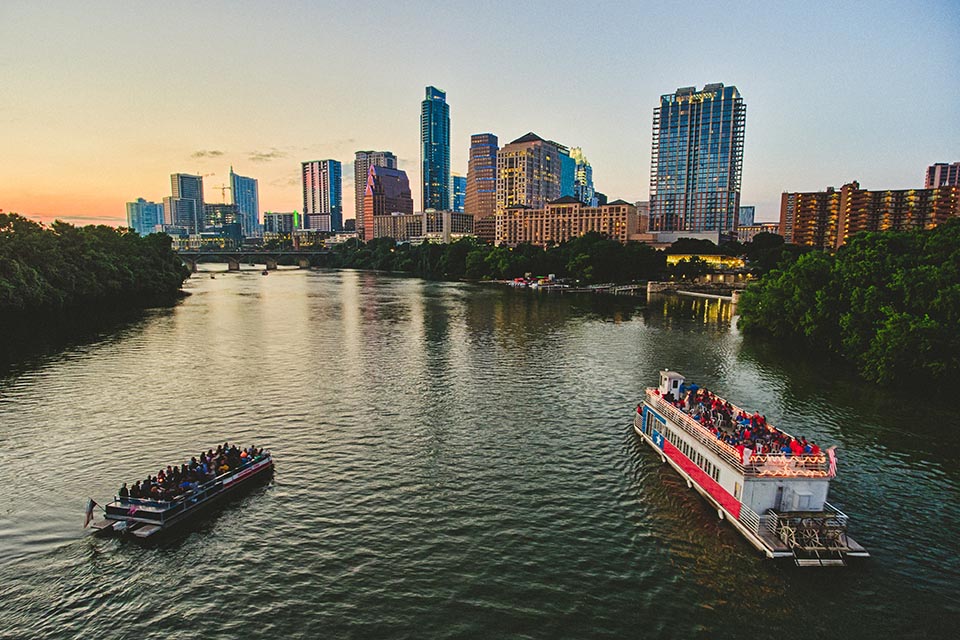 Visit Austin serves as an economic engine for the City of Austin, aiming to support and promote Austin’s community through its various activities. The Austin Film Commission supports Austin’s growing film industry, while maintaining a strong relationship with the local film community. The Austin Music Office recommends local bands and musicians for conventions and corporate meetings, thereby actively working to get musicians hired.

In 2019, Visit Austin launched the Visit Austin Foundation. The Foundation’s mission is to develop and promote education, job training, and career opportunities within the hospitality, music, and tourism community in the greater Austin area. The tourism and hospitality industry is one of the top employers in the city annually, contributing to a large tax savings for residents each year. Visit Austin and the Visit Austin Foundation host the annual Tourism & Hospitality Career Fair, which aims to introduce those looking to start or grow their careers in the industry by promoting positions from entry level to management. 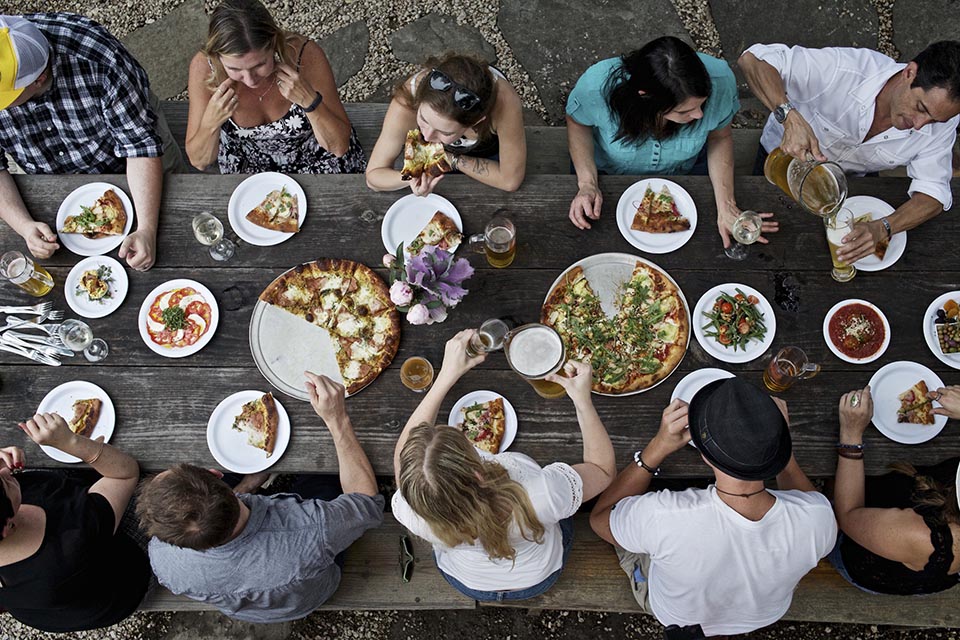 A Partnership for the Future

The success of Visit Austin’s efforts to spotlight the Capital City are evident in numerous ways. Austin is the recipient of the J.D. Power and Associates 2016 Destination Experience Satisfaction Award. That same year, Austin was ranked Number One in the Southwest U.S. and Number Two overall in the country.

Other accolades arrived in 2018 as Austin ranked Number Four in Expedia’s “Most Tourist Friendly Cities in the U.S.” and industry buzz ranked Austin Number One among cities in the U.S. and Canada for providing the most positive overall experience for major conventions.

More recently, in June 2019 Travel & Leisure Magazine named Austin Number 13 in their list of “Top 15 Cities in the United States.”

“Austin continues to grow larger and more diverse,” states Tom Noonan, Visit Austin President and CEO. “We are a city built on cultivating new ideas with a community of residents that continue to roll out the red carpet for visitors from all over the world. At Visit Austin, we are proud to be a part of the hospitality community, the industry that is the front door to our community letting the world know, ‘You’re invited’.”